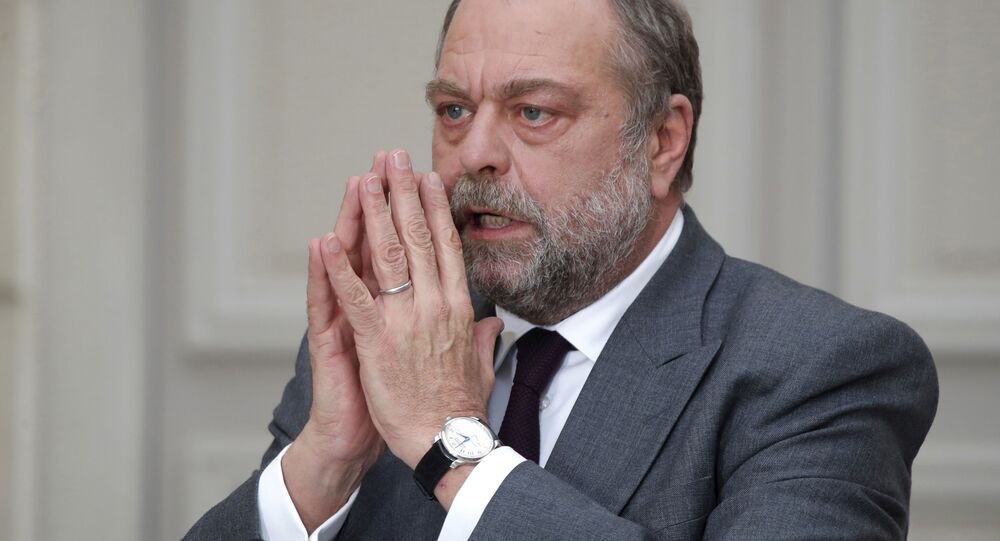 MOSCOW (Sputnik) - French Justice Minister Eric Dupond-Moretti has been placed under preliminary investigation on suspected conflict of interest related to his previous occupation, the Anticor anti-corruption association said on Wednesday.

"The Minister of Justice used his function as Keeper of the Seals to address the problem that was his when he was a lawyer. This is called illegal interest taking, that is to say, using a public authority function to serve a personal interest," Anticor's lawyer Jerome Karsenti said, as cited by the association in a statement.

According to the complaints from Anticor and the unions, Dupond-Moretti initiated unfair administrative proceedings against the prosecutors of the National Financial Prosecutor's Office (PNF) investigating his alleged assistance to Sarkozy and Herzog by warning them about their phones being tapped as part of an inquiry in their case. Dupond-Moretti filed a complaint against the PNF investigators, who examined his telephone records as a lawyer in the case.

Although he withdrew the complaint after having been appointed the new justice minister on July 6, Dupond-Moretti initiated another probe on the PNF, a move which Anticor said was aimed at settling personal scores and send a message to the prosecutors who will bring the charge against Nicolas Sarkozy and Thierry Herzog.

The inquiry was launched by the Law Court of the Republic, which is designed to try cases of ministerial misconduct in France after it received complaints from Anticor and three magistrates' unions, which accuse the minister of abusing his official power to farther his interest as a former lawyer in the corruption and influence-peddling probe targeting former French President Nicolas Sarkozy and his lawyer Thierry Herzog.

The probe, initiated back in 2019, concerns the minister's previous activities as the former President of the Departmental Council of the northern French department of Eure and the administrator in the Societe des Autoroutes de Paris Normandie ( SAPN) motorway company, also targeted Lecornu for an alleged conflict of interest.