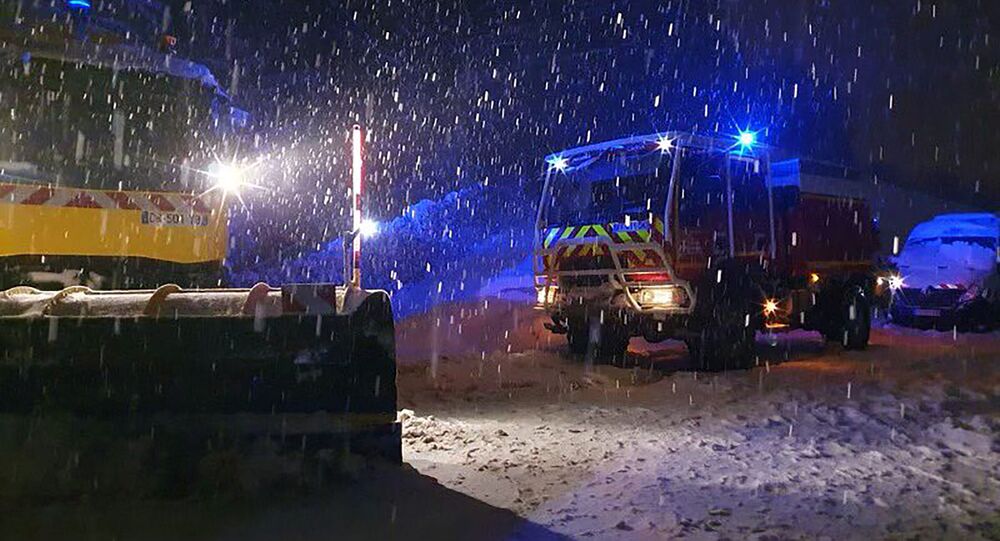 MOSCOW (Sputnik) - The road traffic on a highway in France's east, where hundreds of drivers were stranded due to massive snowfall, has been restored, the local authorities reported early on Wednesday.

"Snowy episode: the last stranded motorists return to the road. Thanks to the gendarmes, firefighters, volunteers of the Red Cross, elected municipal officials, and territorial agents for their support and assistance," the department's prefecture tweeted.

The weather emergency has been in effect since Tuesday evening, halting the traffic on the A40 motorway in the eastern Ain department, which connects the cities of Macon and Geneva.

​Reportedly, some 2,000 vehicles were blocked due to the snowfall, which also affected the neighbouring departments of Savoie and Haute-Savoie.

​Although the road traffic was restored, the related services continue to remove snow in the affected areas, while the national meteorological service Meteo France put the department of Haute-Savoie on orange alert over further snowfall risks.

According to the agency's forecasts, the weather emergency will continue into Thursday, moving to the north of the Alps.