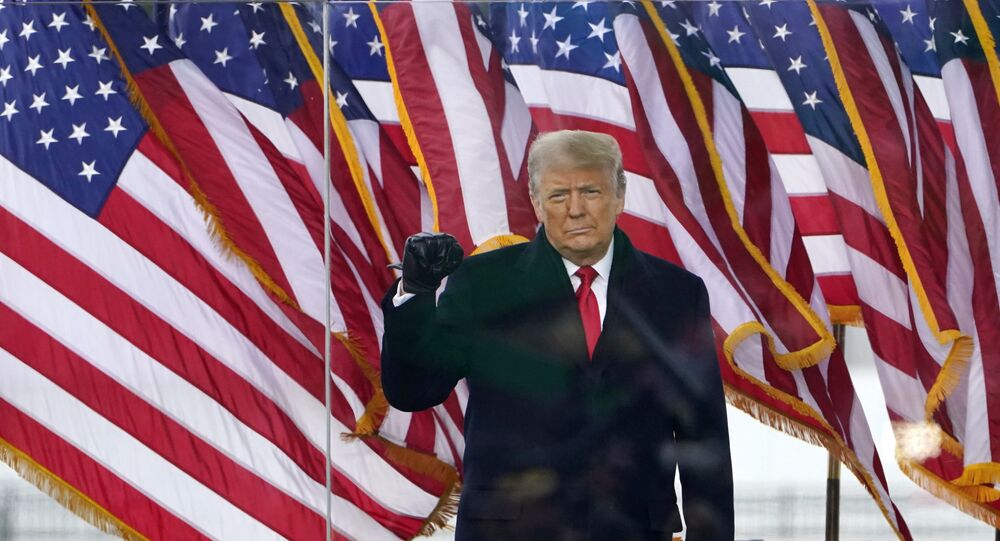 In recent years, the US president has received numerous nominations for the Nobel Peace Prize for his diplomatic efforts, including three in 2020 alone, but hasn't won any.

The Sweden Democrats who earlier nominated Donald Trump for the Nobel Peace Prize remain firmly supportive of the nomination.

It was in November 2020 that Björn Söder, together with Mattias Karlsson, the Sweden Democrats former group leader in parliament, and Tobias Andersson, spokesman for the party's youth wing, nominated Donald Trump for the Nobel Peace Prize. Eleven other European parliamentarians from the Danish People's Party, the British Conservative Party, Poland's Law and Justice, and Hungary's Fidesz were also behind the nomination.

At the time, Trump was lauded for the "development towards peace and peace talks on the Korean Peninsula, in the Balkans, and between Israel and several of its neighbouring states". Today, the nomination remains in force despite fierce criticism of Donald Trump's recent actions, not least by the Sweden Democrats' leadership.

"In foreign policy, he has been successful for world peace and deserves the peace prize. That he behaved crazy after the election should not diminish this", Björn Söder, a member of the Foreign Affairs Committee told national broadcaster SVT. "It will of course be a sad legacy for Trump, and his behaviour after the election loss leaves much to be desired. But you have to keep things apart. In foreign policy, he has been successful and deserves a peace prize", Söder explained.

"The motives have not changed in substance – despite the tumult in DC", Tobias Andersson told SVT.

"Donald Trump may be a controversial person with a confrontational style of debate in the domestic political arena. But no honest assessment can deny the enormous effort he has made for a more peaceful world", Mattias Karlsson explained.

The recent events in the US triggered a wave of criticism from the Swedish establishment, with politicians from both wings of the political spectrum condemning Trump's failure to concede defeat. Magnus Ranstorp, Sweden's leading researcher of terrorism, called the US Capitol siege "domestic terrorism".

Donald Trump was even criticised by Sweden Democrat leader Jimmie Åkesson, who has otherwise been supportive of the US president.

"Trump has handled the election defeat in a completely unworthy way. Not acknowledging the election defeat despite all the due processes and despite there must be beyond all reasonable doubt that the election fraud he has been talking about has not been to such an extent that it affected the outcome of the election, it draws a shimmer of ridicule over democracy", Åkesson told SVT.

While venturing that Trump "lacks empathy" and other qualities attributed to nice people, Åkesson emphasised that the presidential election is not a popularity contest, but a choice of domestic, foreign, security, and trade policy. Still, Åkesson wished the election ended differently.

By contrast, Norwegian Progress Party politician Christian Tybring-Gjedde, who previously nominated Trump for the Nobel Peace Prize two times, has questioned his fitness for office. Tybring-Gjedde said Trump's "condition has got worse and worse" since his defeat in last year's general election and found the encouragement of his supporters "scary".

The US House of Representatives will meet on Wednesday to consider impeaching President Donald Trump for "incitement of insurrection" ahead of the deadly Capitol riots.