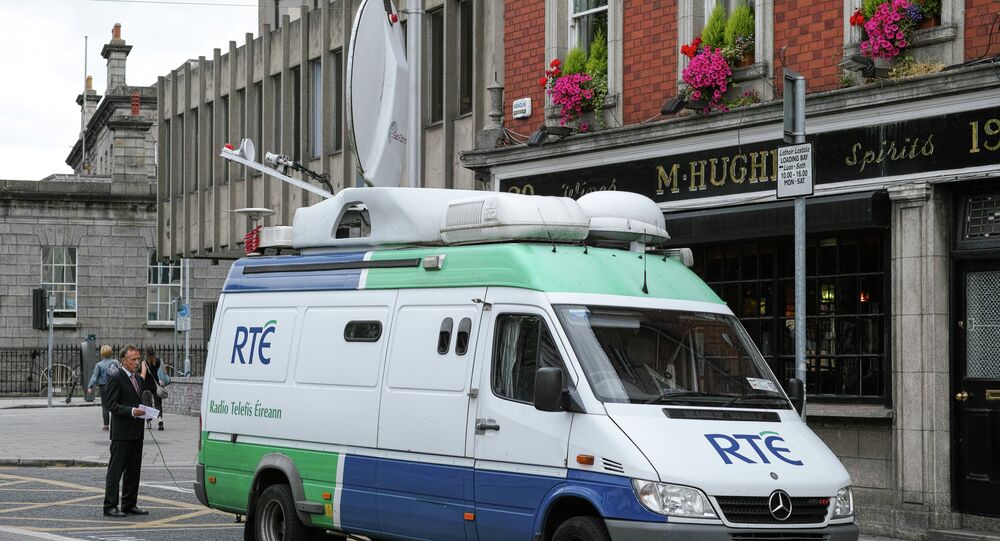 On New Year’s Eve, Irish state media RTE, broadcast during its countdown programme a mocking clip, produced by satirical news website Waterford Whispers News, depicting God as a rapist and reporting his imprisonment for two years after “forcing himself on a young Middle Eastern migrant and allegedly impregnating her against her will”.

Ireland's National Television and Radio Broadcaster, RTE, on Saturday apologised, after receiving several complaints over a New Year’s Eve comedy sketch that depicted God as a rapist, and fictionally reporting His imprisonment for a two-year sentence.

“RTÉ recognises that matters which can cause offence naturally differ from person to person, within comedy and satire in particular,” the broadcaster said in a statement. “Having reviewed the feedback and complaints received up to this point, RTÉ wishes to apologise to those who were offended by the segment.”

The TV and radio broadcaster added that “the formal complaints received by RTÉ are being entered into our complaints system and will be responded to in accordance with the relevant statutory process.”

RTE on New Year’s Eve aired a clip produced by Waterford Whispers News, a satirical news website, accusing God of raping a “young Middle Eastern migrant and allegedly impregnating her against her will”.

“The 5bn-year-old stood accused of forcing himself on a young Middle Eastern migrant and allegedly impregnating her against her will, before being sentenced to two years in prison, with the last 24 months suspended,” said former RTE News presenter Aengus MacGrianna in the clip. “Following the news, movie producer Harvey Weinstein requested a retrial in Ireland.”

RTE said that it had received about 1,100 complaints about the clip. The sketch was condemned by Ireland’s Catholic primate archbishop, Eamon Martin, as well.

“This outrageous clip should be removed immediately & denounced by all people of goodwill,” Martin tweeted, tagging RTE and its first channel, RTE One. “To broadcast such a deeply offensive and blasphemous clip about God and Our Blessed Mother Mary during the Christmas season … is insulting to all Catholics and Christians.”

1. I am shocked that producer/editor of 'NYE Countdown Show' @RTE @RTEOne didn’t realise how deeply offensive was a mocking 'news report' accusing God of rape & reporting his imprisonment. This outrageous clip should be removed immediately & denounced by all people of goodwill.

2. To broadcast such a deeply offensive and blasphemous clip about God & Our Blessed Mother Mary during the Christmas season on ‘NYE Countdown Show' on @RTE, @RTEOne & on Eve of the Solemn Feast of Mary, Mother of God is insulting to all Catholics and Christians. @deeforbes_dee

The Irish broadcaster responded by noting that “the clip will not be removed from the RTÉ Player as requested”, adding that “a warning will be attached to the footage to advise viewers that the material may cause offence”.

Responding to the offensive segment aired by the country’s national broadcaster, the archbishop-elect of Dublin, Dermot Farrell, said that he was “deeply disturbed” by the clip, which “which betrayed a fundamental lack of understanding of the nature of rape and of God.”

“Beyond the naive portrayal of the Divine, what is deeply troubling and disturbing is the trivialisation of rape. A discourse which fails to respect the victims – of all ages and genders – of this most degrading of crimes has not any place in our world,” Farrell said in a statement.