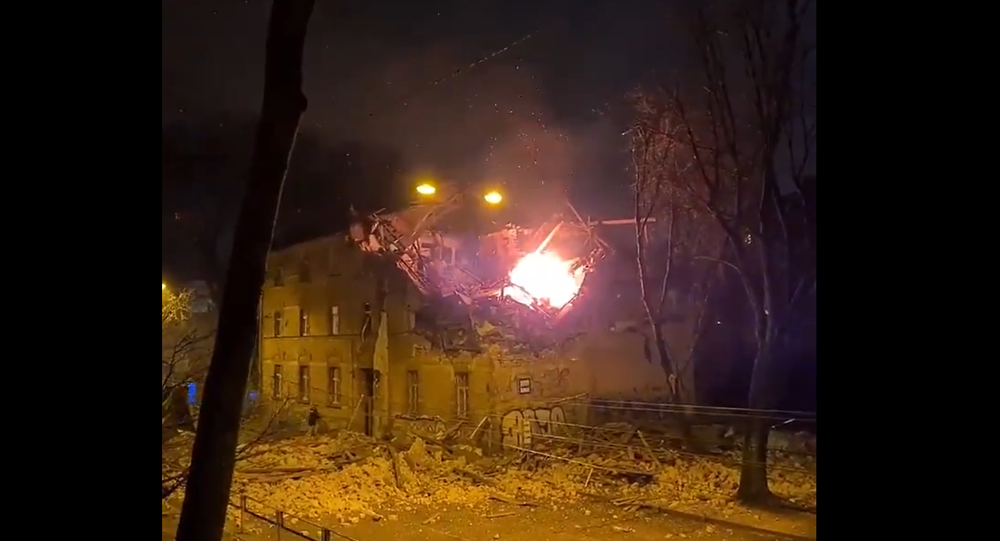 At Least Four Injured After Explosion in Residential Building in Riga, Doctors Say

According to the Latvian national rescue service, the explosion hit a residential house in Riga, damaging the first and the second floors of the three-story building. It is unknown what caused the incident.

The number of people injured by the Thursday explosion at a residential house in the Latvian capital of Riga has risen to four, a spokesperson for the ambulance service told Sputnik.

Earlier, the national rescue service said at least one person was injured after the explosion in the residential house in the Latvian capital, and five people were evacuated.

"As of 01:22 [23:22 GMT], we received information about the explosion in Agenskalns [district], Riga, where, according to preliminary information, an explosion took place in a residential house. The first and the second floors of the three-story building were damaged. Currently, we have information about 1 person injured and five more evacuated," the service said in a statement.

It is unclear what caused the incident.

Videos allegedly filmed on scene were shared in social media, revealing the house damaged with the blast.

​According to the social media user who shared the videos, the roof of the building was blown away due to the explosion. Other video also shows heavy police presence on site.