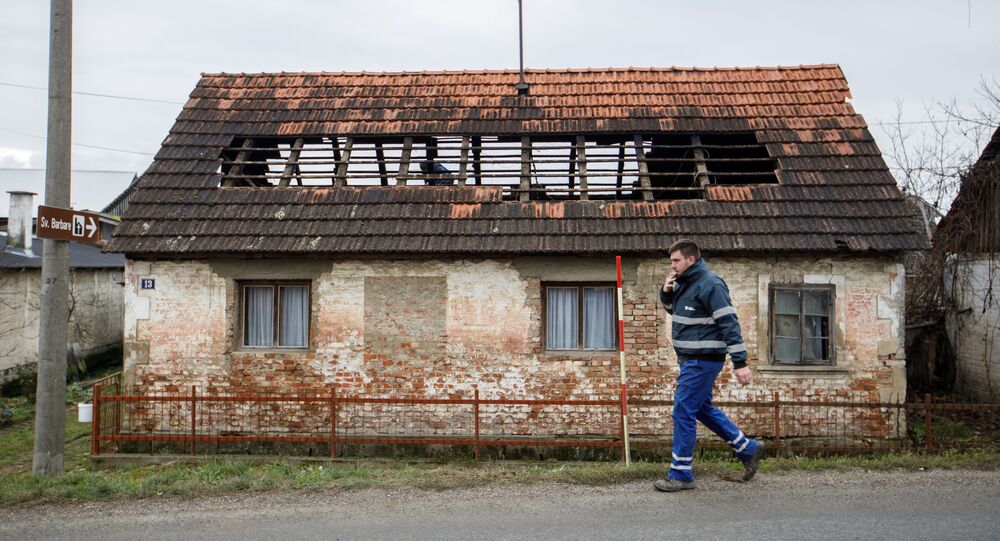 Earlier, a 5.2-magnitude earthquake rocked the Balkan country 49 km southeast of the Croatian capital of Zagreb.

An earthquake with a magnitude of 6.3 was recorded on Tuesday in Croatia according to the European-Mediterranean Seismological Centre.

A strong and shallow magnitude 6.5 earthquake a few minutes ago in Croatia, ~40km southeast of Zagreb. We can probably expect quite strong shaking and hence some damage to buildings from this earthquake. pic.twitter.com/bHdm3yoIqt

​​The epicentre was located 46 km southeast of the country's capital Zagreb (with a population of about 698 thousand people) at a depth of 10 km. The earthquake was registered at 11:19 GMT.

While the epicenter of the earthquake was located in the Petrinja city in Croatia's center, people across the country and even in neighboring states felt the shocks.

According to Croatian authorities, five people were killed and at least 20 were injured as a result of the quake.

The roof of a hospital collapsed in Sisak, and the city administration building was also damaged.

Russian embassy in Zagreb 'has no data about Russian citizens injured in earthquake'.

Slovenia has shut nuclear plant as precaution amid earthquake in Croatia.

Photographs show that in Petrinja, located about 3 kilometers from the epicentre of the tremors, tiles have collapsed from the roofs of houses, and some buildings are badly damaged.

Debris on the streets of Petrinja pic.twitter.com/mkYBpXmjzW