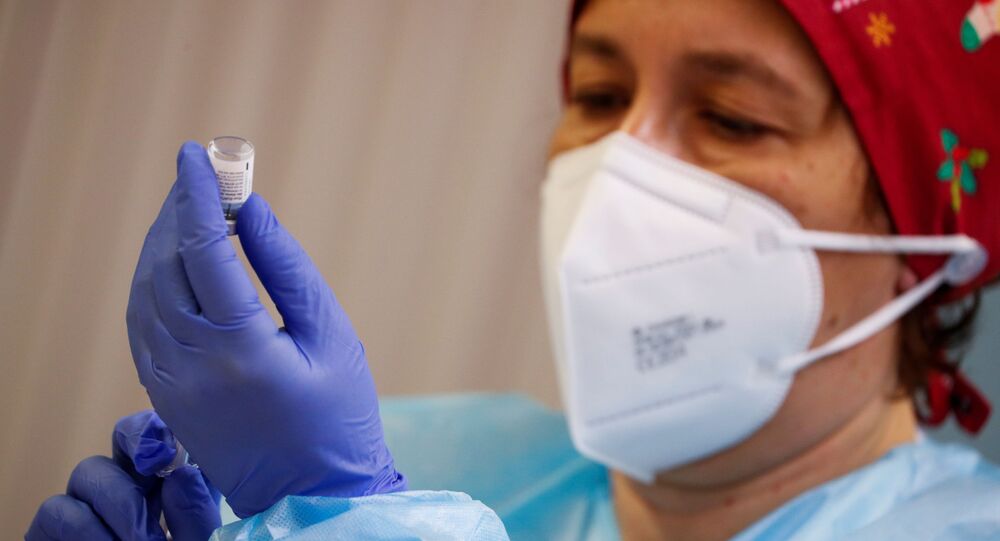 The COVID-19 vaccine jointly developed by American pharmaceutical giant Pfizer and Germany’s BioNTech was approved by the European Medicines Agency last week, after British and US health regulators had done so. The vaccine has now been making its way into Europe.

Delivery of new batches of the Pfizer-BioNTech vaccine to Spain and seven other EU nations has been delayed due to a “problem in the loading and shipment process”, the Spanish health ministry revealed on Monday, without specifying other countries that have been affected.

Spain started mass vaccination on 27 December after the Pfizer-BioNTech vaccine got the green light from the European Medicines Agency (EMA) last Monday. The first batches of shots have already been shipped across the 27-member bloc. However, Madrid said it was informed by the Spanish branch of Pfizer on Sunday night about a one-day delivery of the vaccine after logistics issues emerged at the company’s factory in Belgium.

Spanish Health Minister Salvador Illa told radio station Cadena SER that the issue was “linked to the control of the temperature" and the problem was now solved, with new batches of the vaccine expected to arrive in the country on Tuesday rather than Monday as initially planned.

“They (vaccines) will be available tomorrow first thing in the morning in vaccination points,” Illa said.

BioNTech earlier revealed during the presentation that their vaccine should be kept in an ultra-low temperature environment, around -70 degrees Celsius, and delivered to distribution centres in dried-ice cool boxes. It can be then stored up to five days at 2-8 degrees Celsius when out of freezers.

Before the Spanish health ministry’s announcement, vaccination delays were reported in several German cities after it was revealed that around 1,000 vaccine doses from Pfizer and BioNTech were not stored in cool enough places during deliveries, according to Reuters.

Europe began mass vaccination against COVID last week with the first shots being received by the most vulnerable segments of the population, including the elderly and health care workers, as well as politicians. The Spanish health minister said that he expected that around 70% of the country’s population will be vaccinated by the end of the summer.

Before being okayed by EMA, the Pfizer-BioNTech jab got emergency approval from Britain's medicines regulator, the MHRA, and America’s FDA in early December. The developers says that the vaccine has a 95% efficiency rate against coronavirus.