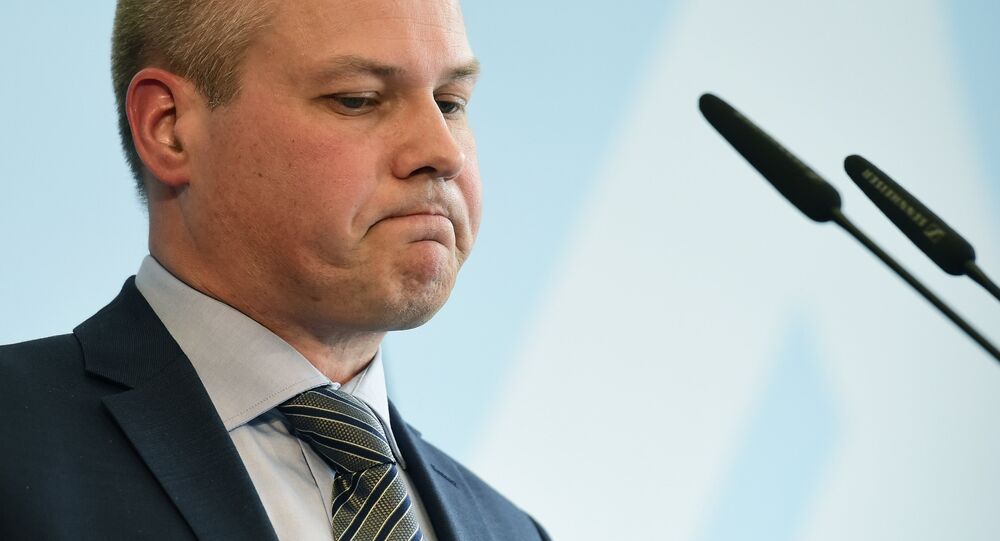 Ironically, earlier this year, the very same Morgan Johansson posted that "if you say one thing to the voters but do something completely different, it's called hypocrisy". On social media, this irony wasn't lost.

Swedish Justice and Migration Minister Morgan Johansson has made waves with his visit to a post-Christmas sale in the city of Lund despite the government's own call to abstain from visiting shopping centres in a bid to minimise the spread of the infection.

During his visit to the Nova shopping centre, Johansson also had several bodyguards with him, national broadcaster SVT reported.

The minister himself explained he was buying a belated Christmas present for his parents. He also claimed that there was no congestion in the mall, despite before being allowed to enter the mall, having to queue outside as the maximum number of visitors had been reached. Still, Johansson admitted to SVT that his actions were "careless".

"As far as I know, ministers and the prime minister are covered by the recommendations from the Public Health Agency. Spontaneously, it feels incredibly inappropriate unless it is something that cannot be avoided, such as a pharmacy visit or the like", he told SVT. "A minister who doesn't relate to the existing restrictions and recommendations doesn't feel appropriate".

"This is about morality. It is worse when politicians break the restrictions, they should be a role model", Marja Lemne, senior lecturer in political science at Södertörn University, mused. "If we make demands on the common man, we should reasonably make the same demands on politicians. There is really no difference for members of the government and leading opposition politicians, the demands are the same, especially if they threaten to stir distrust due to the government's corona strategy", she added.

Tobias Billström, group leader for the Moderate Party in the parliament, has also reacted. On Twitter, he wrote: "So damn disloyal to everyone else who behaves properly".

"A leader doesn't do the opposite of what he urges others to do. Morgan Johansson's behaviour reveals an important moral defect in him as a leader – important for voters to know", Samtiden editor Dick Erixon tweeted.

​"Morgan Johansson, this giant among giants", journalist Ivar Arpi wrote sarcastically, recalling Johansson himself posting earlier in November "If you say one thing to the voters but do something completely different, it's called hypocrisy".

​With this quote in mind, some called Johansson "the hypocrite of the year".

​Johansson's shopping visit was even honoured with a cartoon.

Sweden, which in its handling of the pandemic has steered clear of major lockdowns, relied mostly on recommendations and at some point even dabbled at herd immunity, has seen close to 400,000 COVID-19 cases and nearly 8,300 fatalities. The Swedish response stirred considerable controversy both at home and abroad, and was criticised by scientisits as "Darwinist" for resulting in the deaths of many elderly individuals. Recently, even King Carl XVI Gustaf weighed in, a rare occasion in Sweden, and suggesting the government has "failed". Seeing the numbers soar, the government switched to wider restrictions and is seeking to gain broader powers with a so-called "pandemic law" expected to be passed at some point next year.