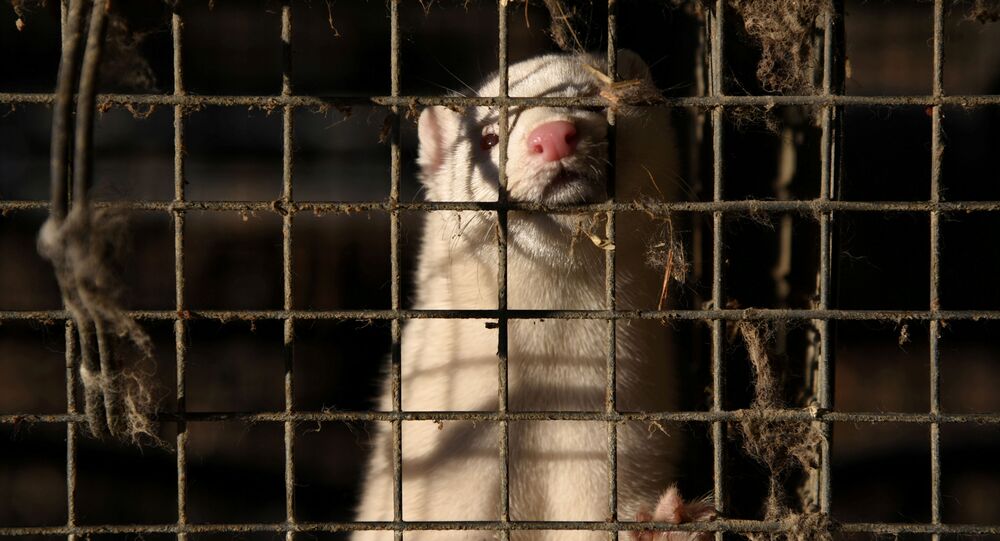 While lamented by breeders, the abrupt and dramatic stop to the mink industry in the former market leader means that Denmark can live up to strict EU environmental requirements, getting rid of 4,000 tonnes of ammonia emissions each year.

The death of the Danish mink industry following a mass cull to curb the spread of a mutated coronavirus has been a clear benefit for nature and the environment, Danish researchers have argued.

With the halt to mink breeding, the emissions of nearly 4,000 tonnes of ammonia from the animals' faeces will disappear every year, the researchers underscored.

"Mink breeding has been a major production branch within Danish agriculture. They have accounted for between five and ten percent of the total ammonia emissions in Denmark. So a large part is disappearing", Ole-Kenneth Nielsen, a chief consultant at Aarhus University and project manager for the Danish emission inventories, told Danish Radio.

"There are really, really a lot of animals and thus also a really large amount of livestock manure. That is the reason why it has contributed so significantly to the overall discharge", Ole-Kenneth Nielsen explained.

The change in emission patterns will mainly benefit Jutland County, an area formerly famous for its heaths. The high content of ammonia in the air hampered the growth of moss and lichen.

"There are no moss and lichens here, which actually belong on the heath, and which would be here if it hadn't been for there being too much nitrogen in the air", researcher and senior adviser from the Department of Bioscience at Aarhus University Jesper Bak told Danish Radio. He called the current situation "deeply serious" for mink breeders, both financially and psychologically, but stressed the environmental benefits.

The limited emissions of ammonia were welcomed by Maria Reumert Gjerding, the president of the Danish Society for Nature Conservation.

"A lot of the mink farms were located on the Jutland heaths, which cannot tolerate all the pollution, so it has long been a big problem for Danish nature that production has been where it's been, and that production has been as big as it's been", Maria Reumert Gjerding said. "Many people are in a pinch and have lost a lot. But from the point of view of nature, this is good news", Gjerding said.

A strategy to limit mink-related ammonia emissions was in place long before the corona pandemic began. It involved buying up some of the mink farms that were too close to the vulnerable Jutland heaths. The buybacks, however, are no longer necessary since Danish mink farms have been emptied of over 15 million mink for fear of a mutated coronavirus that could interfere with the vaccination process.

© AP Photo / Geoffroy van der Hasselt / Pool
Danish PM Ridiculed Over Tearful Apology for Mink Drama
A farewell to the mink industry also means that Denmark can now meet the requirement of the EU's so-called NEC directive, according to which countries must limit ammonia emissions from agriculture by 24 percent compared to 2005.

"With the unfortunate situation we have with the mink, we will in 2021 have complied with the EU NEC directive", climate director in Agriculture & Food Niels Peter Nørring told Danish Radio.

During the great mink cull, millions of animals were eradicated in a matter of several weeks. While painful enough for breeders, the process was troubled by unforeseen accidents such as bloated mink carcasses unearthing themselves, and the government deciding to exhume and incinerate them for security reasons.

While many mink-breeding nations ordered sanitary culls, none of them followed the Danish path of blanket slaugther. Before the cull, Denmark was the largest player at 29 percent of the market, with 24.5 million produced mink skins to the tune of DKK 5.2 billion (about $800 million) in 2019.