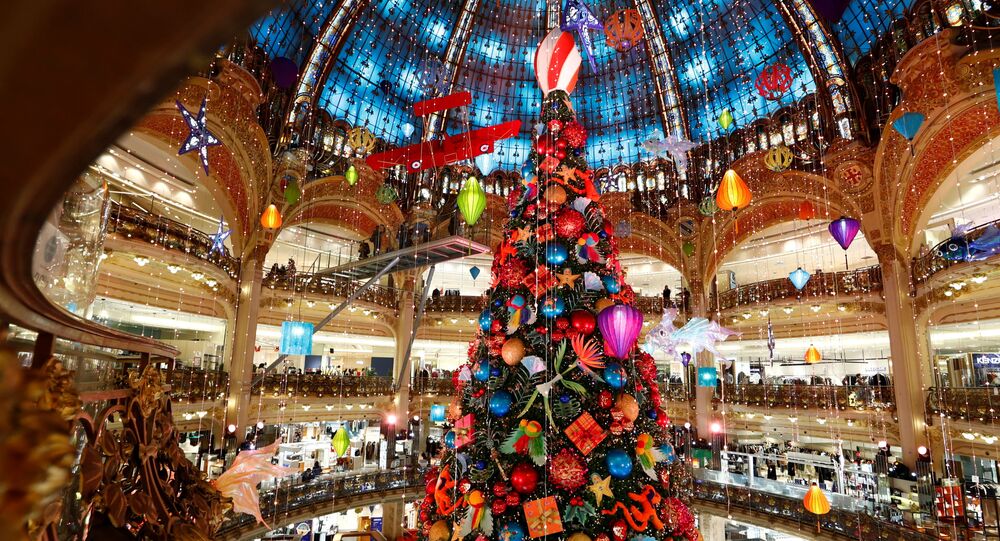 Just like in many parts of the world, Christmas Day is a public holiday and a special occasion for France and its people. But it appears that not everyone is ready to embrace the jolly season - or even let others enjoy it.

A 20-year-old Muslim man from Belfort, France has been assaulted after he posted photos on Snapchat in which he is seen celebrating Christmas, a police source told AFP on Saturday.

© AP Photo / Charles Platiau
Macron vs Islamism: How France & Muslim World Can Overcome Their Spat, Team Up to Combat Radicalism

According to the source, the victim received a threatening message after he published pictures from an acquaintance he knew from school and his football club.

"I'll show you what a real Arab is", the message said.

To clarify the situation, the young man decided to meet with his schoolmate only to be ambushed by five people who attacked him and threatened him if he files a complaint.

The victim's mother, a police officer, said that the incident would not go unaswered, calling the "sectarian and racist" behaviour of the mob "unacceptable in the 21st century".

"Everyone is free to celebrate what they want and the way they see it fit", she was quoted as saying.

France has recently introduced tougher measures against Islamism in response to the brutal beheading of a teacher in a Parisian suburb.