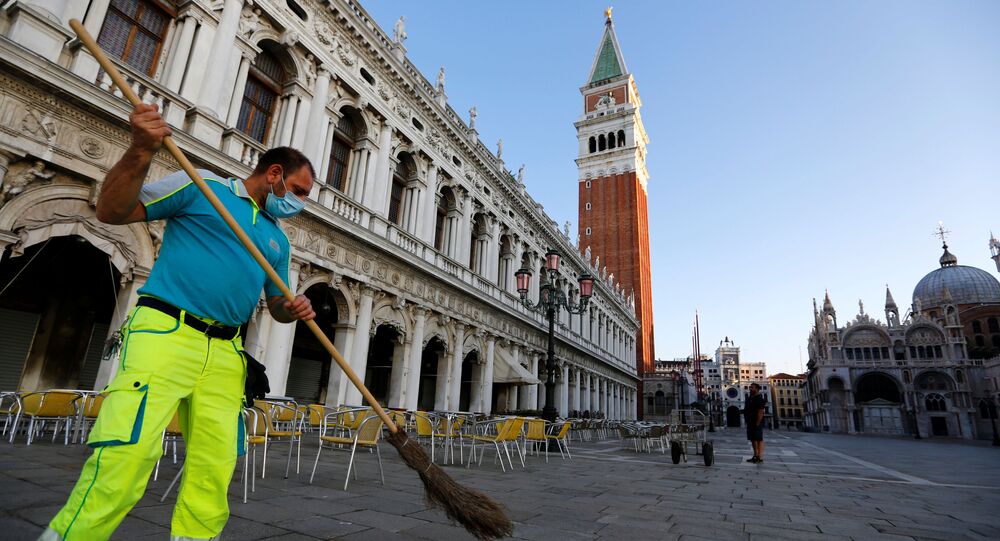 Since the onset of the COVID-19 pandemic, Italy has become one of the hardest hit European countries, as its death toll recently surpassed 70,000 and its case count nears 2 million. Tracking by Worldometer notes Italy ranks fourth in case count when compared against other European countries.

A total of 500 relatives of individuals who died of COVID-19 in Italy presented a lawsuit on Wednesday against regional and national authorities who they claim are liable for criminal negligence due to their handling of the pandemic.

The civil lawsuit is against Italian Prime Minister Giuseppe Conte, Health Minister Roberto Speranza and Attilio Fontana, the governor of the hard-hit Lombardy region. The legal action seeks a total of $122 million in damages, Reuters reported.

Although the lawsuit focuses on the February decision by officials to reopen a hospital in Lombardy a few hours after a COVID-19 outbreak was detected, the main sticking point of the suit is the alleged absence of an updated national pandemic plan and a failure by regional officials to execute a localized version of that plan.

“These complaints are our Christmas gift to those who should have done what they were supposed to do and did not do while in Italy, on December 25, there will be 70,000 empty chairs,” Luca Fusco, president of the advocacy group Noi Denunceremo, which launched the lawsuit, said in a statement.

“With proper planning, as requested over and over again by the EU and WHO [World Health Organization], we are sure there would have been many fewer [deaths].”

Noi Denunceremo, which was established in April to represent the families of those who died in Lombardy’s city of Bergamo, have filed hundreds of legal complaints over the last several months that shed light on how some individuals died.

Concerns about Italy’s mismanagement of the pandemic recently resurfaced after prosecutors questioned Francesco Zambon, an epidemiologist who co-authored a report on Italy’s COVID-19 response that determined the government’s handling of the crisis was “improvised, chaotic and creative.”

Though the report was published in May by the WHO, it was removed a day later over “factual inaccuracies.” However, Zambon told the Associated Press that he was pressured by Dr. Ranieri Guerra, a senior WHO official, to alter data regarding Italy’s plan. Guerra, who was working as liaison with the Italian government at the time, was responsible for updating the country's pandemic plan during his time at the Italian Health Ministry between 2014 and late 2017.

Consuelo Locati, the lawyer heading the lawsuit, explained to The Guardian for a Tuesday article that “even if [the old plan] was implemented, it wouldn’t have worked as it lacked a series of steps that should have been followed in order to have been prepared for this pandemic.”

“They had no guidelines,” she underscored.

While several Italian regions were devastated by the COVID-19 pandemic, Lombardy took the brunt of it. According to data collected by Statista, the region has recorded over 24,000 coronavirus-related deaths.

Clashes Reported During Protest Against COVID-19 Lockdown in Italy - Videos