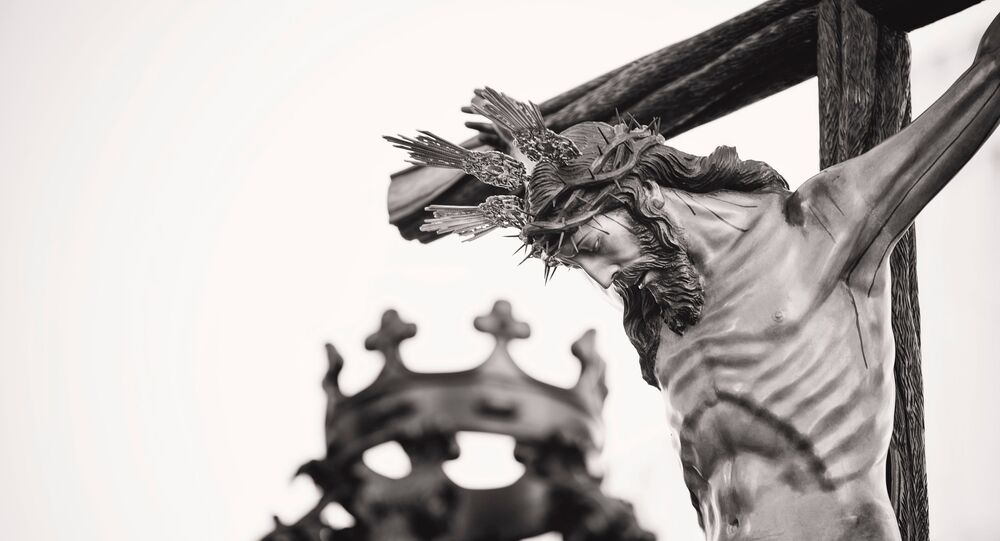 The relic has apparently remained undiscovered all these years because the monastery where it was kept got looted during the Hussite Wars; the monastery's archives were destroyed in the process.

An item that may be related to the crucifixion of Jesus Christ has recently been discovered by archaeologists at the Milev monastery in the Czech Republic, Czech News Agency reports.

According to the media outlet, the artefact in question, a "six-inch-long piece of a nail", was found in a cavity in the monastery's vault, stored in a box made of oak wood dated approximately to the 4th-5th century.

The lid of the box was originally made of a solid gold plate with a wrought inscription IR, with Jiri Sindelar, an archaeologist who took part in the discovery, noting that these letters are likely "an abbreviation for Latin - Jesus Rex, i.e. Jesus King".

Due to Milev monastery's past wealth and prominence, researchers argued that the claim that it harboured a nail from the so-called True Cross, the cross upon which Jesus was crucified, is "realistic", the media outlet notes.

During the Hussite Wars, the monastery was looted, with Sindelar suggesting that the destruction of the monastery's archives during the looting might explain why "there was no information" that the relic was there.