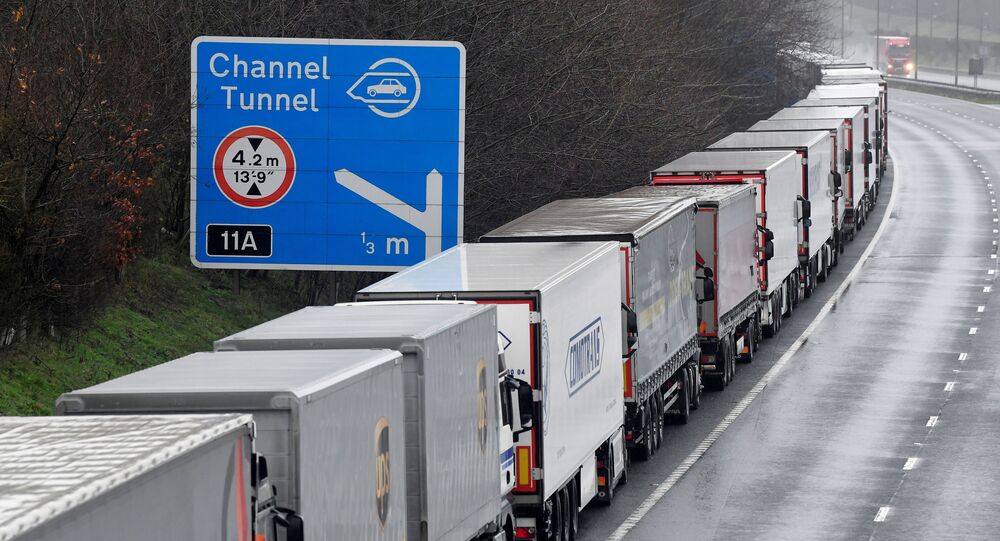 Last week, the UK government announced that a mutated coronavirus strain that can be transmitted up to 70 percent faster has been actively spreading in London and the surrounding areas.

Sputnik is live in Folkestone, where lorries form long queues in the port town as Europe had closed its borders with the UK over a new, highly contagious strain of coronavirus.