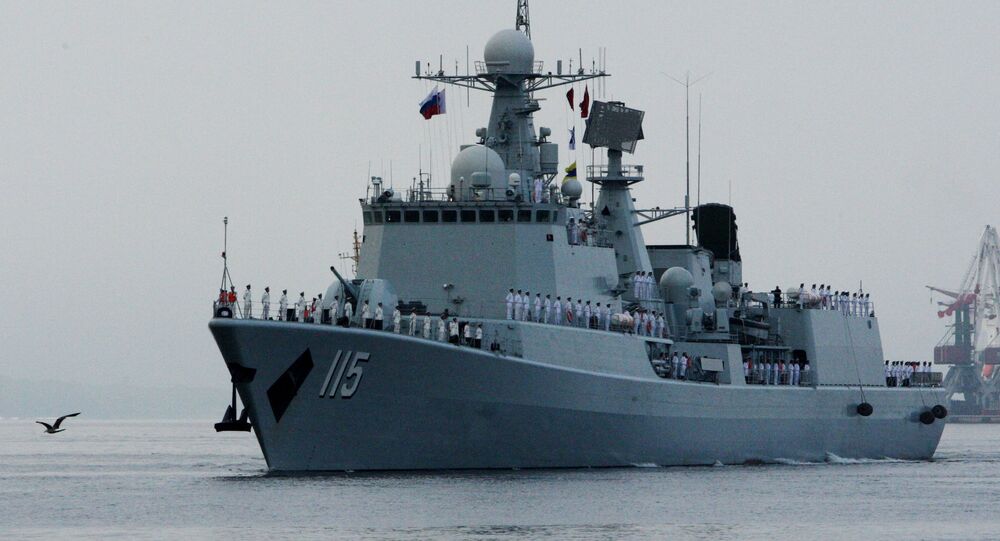 Sweden has now announced a sweeping rearmament project that will see its defence budget skyrocket over the next few years.

The security situation has been deteriorating, so it would be wrong to rule out a military attack on Sweden and military actions on its territory, the country’s Defence Minister Peter Hultqvist outlined in an interview with the newspaper Dagens Nyheter, commenting on Sweden's newly approved bill to boost its military spending.

“We are acting based on the presumption that the state of affairs in terms of security policies continues to worsen”, he pointed out.

While it was earlier thought that an attack on Sweden is “very unlikely”, now the parliament and the government say that such a scenario shouldn’t be dismissed and that a major conflict could “start with an offensive on Sweden”, he went on.

“The question may be about us preventing another country from receiving assistance and driving a wedge between us and, for instance, Finland. Or if Swedish territory is wanted for some other reasons”, the minister explained.

When attacking Sweden, in order to “create chaos and suppress the will for resistance”, the enemy may use a wide range of means – from ballistic missiles to hacking attacks, the government says, adding that swathes of Swedish land may “suffer from brutal military action”.

Many Swedes fail to see an answer to the question of why anyone would go ahead and attack Sweden at all. “For instance, in order to gain control over Gotland”, Hultqvist asserted. He explained, that if this large island in the Baltic houses long-range armaments, it will be possible to control the whole region, and to avert this scenario, Sweden must plan military operations jointly with Finland, as well as coordinate defence plans with regional NATO members, namely Denmark, Norway, the UK, and the US.

The military spending boost was triggered by “the actions of the Russian side”, the minister went on, admitting, though, that he wouldn’t wish to start pointing fingers at any possible aggressor.

Russian Foreign Ministry spokeswoman Maria Zakharova has stated in response to Sweden’s legislative initiative that the country’s “anti-Russian phobias” are “a result of pressure on Stockholm from the outside”, in particular from NATO.

According to the ministry, it is the North Atlantic Alliance that is responsible for “stepping up tensions and escalating military activity in the North European region, which has until recently been one of the most stable ones in the world”.

The spokeswoman stressed that it is Sweden’s sovereign right to determine its strategy with regard to national security, yet such an "abrupt increase in the military budget, comparable to the one that occurred during the Cold War can’t help but raise a red flag, even more so since the strategic project doesn’t rule out the alarmist scenario of a military assault on Sweden, while Russia is mentioned over 100 times there, primarily as a potential threat to Swedish security”.

Moscow has stressed numerous times that Russia poses no threat to other nations, but it will always prioritise its national interests and will never put up with aggression from others, expressing concerns over the increased NATO military presence, including regular major drills, in Europe.

At the forefront of the project is the Army, with large growth in military personnel expected by 2030: from 60,000 positions today to 90,000 in the next ten years. The number includes civilian employees and the Home Guard.

In the Navy, the number of submarines will go up from four to five. Seven corvettes that are in service today will be retained, but two will be upgraded and two replaced. Warships will be supplied with upgraded air defences and anti-ship missiles, and the country's West Coast will have its own amphibious battalion for defence.

One of the formally stated goals of Sweden's pervasive rearmament project is to be able to endure a potential military crisis for three months until international aid comes along.

Sweden's Air Force will boast 80–100 combat aircraft, including the older Saab JAS Gripen C/D model, as well as 60 of the newer E model. The jets will be equipped with extra missiles and sensors. According to the national broadcaster SVT, long-range weapons for ground targets will grant an opportunity to strike at positions in Russia, which the Swedish top brass has long accused of “assertive” and “aggressive” behaviour in the region.

Meanwhile, Sweden, while formally retaining its non-aligned status, has in recent years increasingly teamed up with NATO to form a lasting partnership. Earlier this autumn, Defence Minister Hultqvist stressed that the re-establishment of the regiments in the cities of Sollefteå and Falun as well as an amphibious battalion in Gothenburg and other military reinforcements was mainly about protecting their partners’ - NATO members - military transport routes in Sweden, including those used by the US Marine Corps.

The kingdom, which is drifting towards the 30-strong alliance, regularly carries out drills with its NATO partners, including exercises in Eastern Europe along Russia’s western borders. Also, the country took part in the 2011 NATO bombing of Libya, and increased cooperation with the bloc in the aftermath of the Ukraine crisis in 2014.