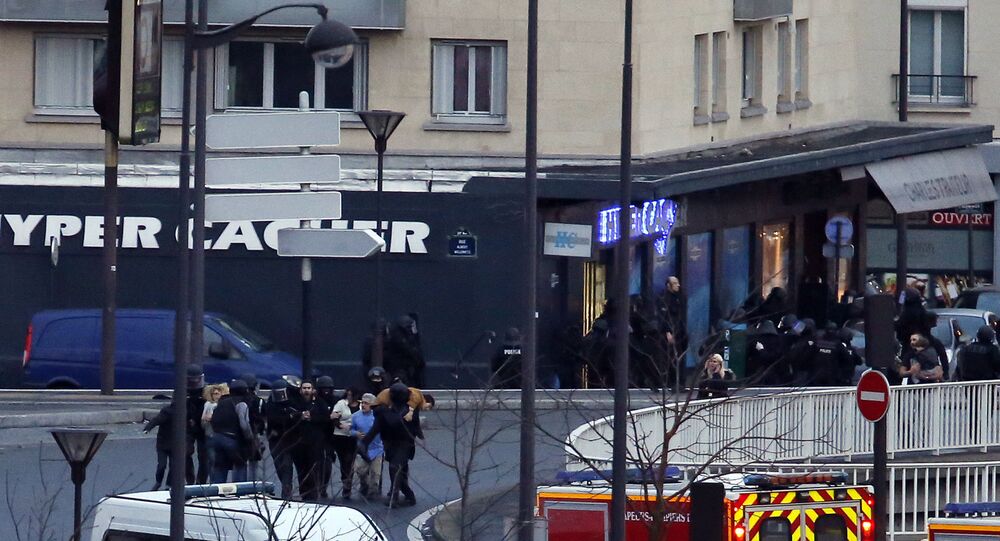 Fourteen people have been on trial over their links to the January 2015 Paris attacks on the satirical weekly Charlie Hebdo and a kosher supermarket.

A French court has ruled that Hayat Boumeddiene, the former partner of an Islamist militant who killed four people in a Jewish supermarket in 2015, is guilty of terrorism-related charges.

Boumeddiene is believed to be on the run from an international arrest warrant in Syria, where she joined the Daesh* terrorist organisation, Reuters says.

She was the partner of Amedy Coulibaly, an accomplice of the gunmen behind the attack at the Paris office of the Charlie Hebdo satirical magazine in Paris in January 2015. Coulibaly killed a policewoman the day after the attack but was killed later by security forces during a siege at a kosher supermarket.

The attack on the Charlie Hebdo office and the hostage-taking at the Hypercacher market left 17 people dead. Twelve people were killed at the satirical magazine, which had published cartoons of the Prophet Muhammad, provoking outrage in the Muslim world.

All three assailants, the Kouachi brothers, who carried out the Charlie Hebdo massacre, and their accomplice Coulibaly, were killed in shoot-outs with the police in the wake of the attacks.

The Charlie Hebdo trial focuses on 14 people, three of whom are being tried in absentia. Sentences demanded by prosecutors vary from five years' to life imprisonment.