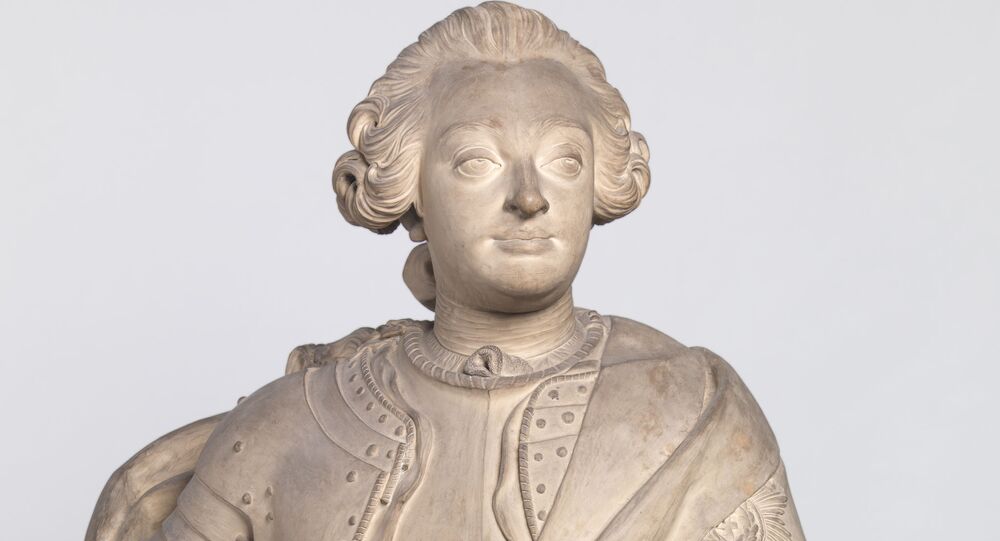 Earlier this year, a bust of 18th-century King Frederik V was dumped into the water to draw attention to Denmark's colonial past and its involvement in the slave trade.

Kirsten Langkilde, the head of the Royal Danish Academy of Fine Arts, has been sacked over a performance that featured the 'drowning' of a bust of a former Danish king in a Copenhagen canal.

In November, artist Katrine Dirckinck-Holmfeld took a replica bust of 18th-century king Frederik V from the Royal Danish Academy of Fine Arts, where she was employed at the time, and threw it in the canal, ostensibly to draw attention to the country's colonial past and its involvement in the slave trade, especially in modern day Ghana.

The bust of the ruler was made of clay, and was destroyed in the process.

​While the performance was initially carried out anonymously, Dirckinck-Holmfeld later claimed responsibility and was removed from her job the very same day.

However, the scandal grew and has now claimed the scalp of the Academy's director, Kirsten Langkilde, who reportedly had sent an internal mail with a link to the video of the drowning, with the comment “Have a good weekend”.

“The Culture Ministry and Kirsten Langkilde have not been able to come to an agreement on the challenges facing the Royal Danish Academy of Fine Arts. There is therefore the need for new energy,” Culture Minister Joy Mogensen commented on the sacking, as quoted by Jyllands-Posten.

The event took place on 6 November and was recorded in a video by the group Anonymous Artists. The group claimed that the goal of the performance was to “show solidarity with all the artists, students and people all over the world who have had to live with the aftermath of Danish colonialism”.

Ironically, Frederick V was the founder of the Royal Danish Academy of Fine Arts. He is best known for purchasing what would become known as the Danish West Indies in 1754. His memory has since been immortalised in the town of Frederiksværk on the island of Zealand, the town of Frederiksted on the island of St. Croix in the US Virgin Islands, as well as the Copenhagen district of Frederiksstaden. The city of Serampore in West Bengal, India, was earlier named Frederiksnagore, and the city of Paamiut in Greenland was formerly named Frederikshaab, both in his honour.

At its apex, the Danish Empire spanned across four continents from the Danish West Indies in the modern-day US Virgin Islands, to the Danish Gold Coast, now a part of Ghana, and territories in India, such as present-day Tharangambadi. In Europe, its possessions included Estonia and Iceland.