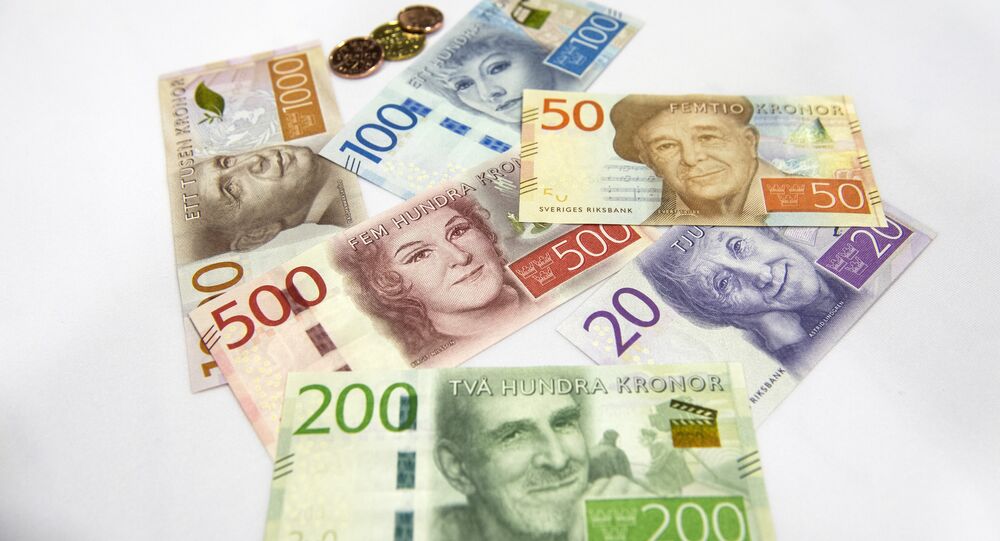 Sweden ranks among the world's most cashless societies. Less than ten percent of all payments in the Scandinavian country are now made with cash.

The Swedish government is now seriously considering replacing the krona with a digital currency, having launched an inquiry to investigate the perspectives of a future transition.

The inquiry's assignment includes, among other things, mapping out the payment market and its future outlook based on developments in Sweden and in other countries.

“The inquiry will analyse the need for the Riksbank [Central Bank] to issue e-kroner and review the meaning of the concept of legal tender in a world where cash is used less and less. The inquiry will also map the division of roles between the state and business in the payment market and take a position on the state's future role,” the government said in a press release.

The given reason for the inquiry started under Finance Minister Per Bolund is the major change in payment patterns across Sweden, and the fact that fewer people use cash. The government therefore considers that the rapid technological development and digitalisation are fundamentally positive because they create the conditions for “new innovative solutions that make it possible for cheaper, better and more consumer-friendly products and services”.

“Sweden is at the forefront when it comes to the digitalisation of the financial sector, not least of the payment market. When there is a rapid and comprehensive change in such a central area as payments, it is important that the state's role also develops at the same pace,” Finance Minister Per Bolund said in a press release.

Bolund also suggested that depending how it is designed and what technology is used, digital currency may have major consequences for the entire financial system.

Former liberal-conservative Moderate Party leader Anna Kinberg-Batra has been appointed the head of inquiry to investigate the perspectives of a future transition. In the press release, Kinberg-Batra was praised for her political experience that includes being the leader of the parliament's financial committee between 2010 and 2014.

Sweden ranks among the world's most cashless societies. Less than ten percent of all payments in the Scandinavian country are now made with cash. The use of paper money has been declining steadily in recent years. The most common objections against a fully digital currency are that it complicates matters for the elderly and the poorest layers of society, including the homeless.

The investigation will be completed no later than 30 November 2022.