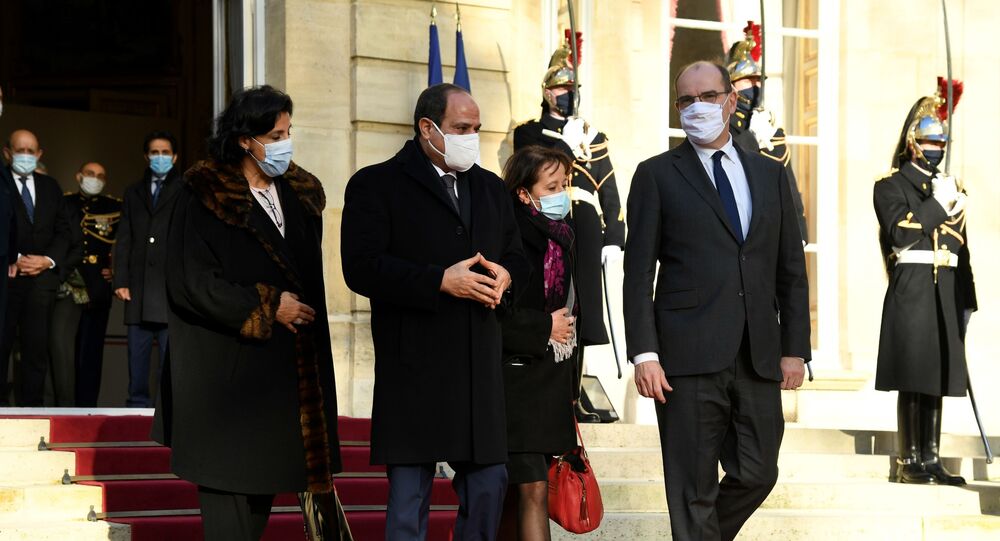 Different non-governmental organisations have called for the demonstration in Paris, claiming that Sisi is responsible for human rights violations and 'brutal repression of any form of dissent'.

Sputnik comes live from Paris where activists have gathered outside the National Assembly building to protest against the visit of Egyptian President Sisi to France.

Abdel Fattah al-Sisi is on a three-day official visit to France at the invitation of President Emmanuel Macron, Sisi's spokesman Bassam Rady said.

Sisi and Macron are expected to discuss economic co-operation and regional crises in the eastern Mediterranean and the Middle East. The Egyptian president will also meet the president of the French National Assembly, Richard Ferrand, and the Mayor of Paris, Anne Hidalgo.