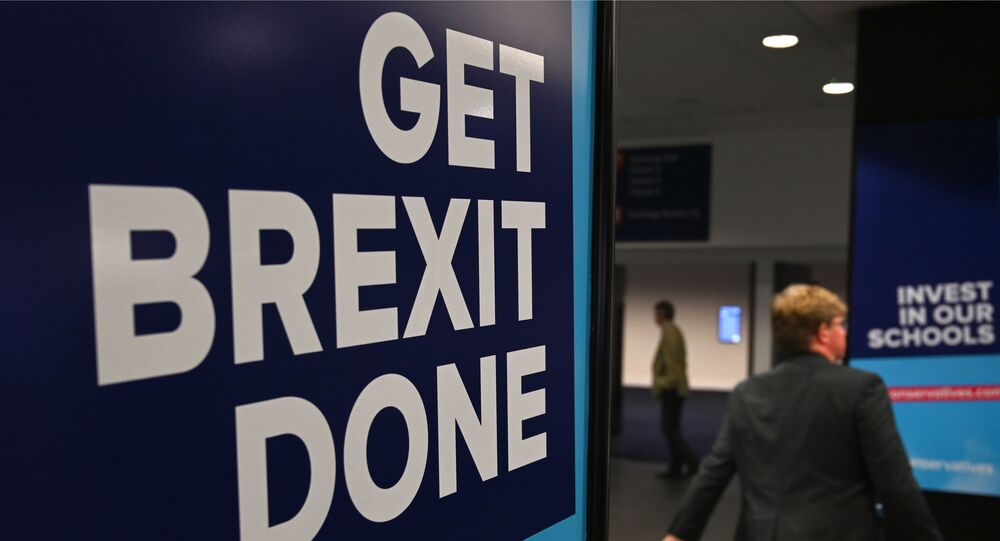 On Monday, British Prime Minister Boris Johnson held a 90-minute telephone call with European Commission President Ursula von der Leyen, after which she said conditions for a post-Brexit agreement no longer existed "due to remaining differences on critical issues."

Tory cabinet minister and Brexit talks chief Michael Gove announced on Tuesday that an "agreement in principle" had been reached with the European Union "on all issues, in particular with regard to the Protocol on Ireland and Northern Ireland" following Withdrawal Agreement talks.

Delighted to announce agreement in principle on all issues in the UK-EU Withdrawal Agreement Joint Committee. Thank you to @MarosSefcovic and his team for their constructive and pragmatic approach.

European Commission Vice-President Maros Sefcovic confirmed that the proposal – approved during talks on Monday – means the Protocol on Ireland and Northern Ireland will be up and running 1 January.

In a press release published on the UK government's website, the cabinet clarified that an agreement in principle "has been found in the following areas, among others: Border Control Posts/Entry Points specifically for checks on animals, plants and derived products, export declarations, the supply of medicines, the supply of chilled meats, and other food products to supermarkets, and a clarification on the application of State aid under the terms of the Protocol."

The UK and EU also agreed to address "practical arrangements regarding the EU's presence in Northern Ireland when UK authorities implement checks and controls under the Protocol" related to the movement of goods, agricultural and fishing subsidies exemptions. They also agreed to draw up a list of suitable candidates to head the arbitration panel for a dispute settlement mechanism expected to get going in 2021.

"This agreement in principle and the resulting draft texts will now be subject to respective internal procedures in the EU and in the UK. Once this is done, a fifth regular meeting of the EU-UK Joint Committee will be convened to formally adopt them. This will take place in the coming days and before the end of the year," the release reads.
After stepping into office in July 2019, Boris Johnson made the UK's exit from the EU and reaching a post-Brexit deal with Brussels his top priorities.

The UK's 2016 referendum on EU membership brought down his two Tory predecessors and thrust the nation into years of political turmoil as politicians, the media, and ordinary Brits engaged in intense debate about the pros and cons of leaving the bloc.

The UK formally left the EU on 31 January of this year, with a transition period provided until 31 December 2020 to allow time for the two sides to reach an agreement for a post-Brexit relationship.

Johnson was expected to fly to Brussels on Wednesday or Friday for a tête-à-tête with EC President von der Leyen following the failure to reach a breakthrough in talks on Monday. It's not clear whether Gove's announcement will impact these plans.

If a deal is not reached, border checks and taxes will be introduced for goods travelling between the UK and the EU. Such a move threatens to impact the economic well being of both sides.

"This is only an agreement in principle, so we don't have many of the details yet. Obviously, any agreement that defuses tension regarding trade between the Republic and the North is welcome news here, and will be welcome news for the Irish government. At this point we are still expecting some potential disruption to business, trade and transportation next year due to Brexit," Dr. Fuller says.

According to the researcher, Tuesday's announcement "doesn't quite completely do away with concerns about border checks and how exactly they will operate, although we are at this point talking about checks on produce, which is certainly, in any case, less controversial than border checks for people would be. Agreement between the UK and EU on how border checks will work, as indicated in the announcement, doesn't necessarily equate to 100% agreement here on this island. However, I expect this aspect will be clarified more fully in the coming days.

For his part, Dr. Iain Begg, professor at the European Institute of the London School of Economics and Political Science, says the agreement in principle "does three things. First, it offers credible answers to the longstanding difficulties on Northern Ireland. Second, it removes the need for the UK internal market clauses which would have been so damaging. Third, it shows the involvement of senior government figures can bring flexibility that the official negotiators are unable to exercise."