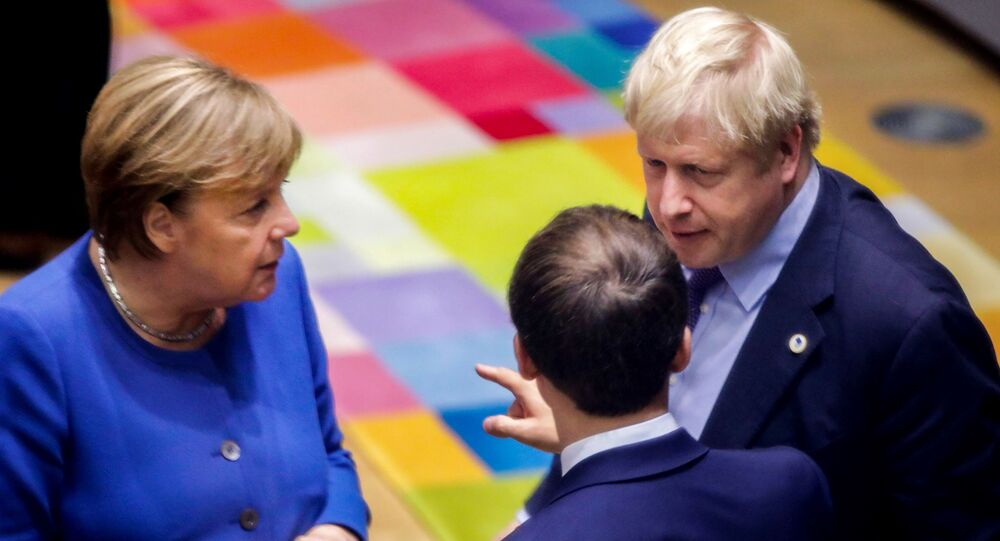 Time is running out on post-Brexit trade deal talks between London and Brussels as three contentious issues remain ahead of the transition deadline of 31 December, media reports have found.

Sputnik takes a closer look at the three controversial issues between both sides.

A major row over UK fishing water rights and "level playing field" on regulations could block a potential agreement over the next few days.

© AP Photo / Alberto Pezzali
'It's About Integrity': UK Will Press Ahead With Brexit Internal Market Bill, Junior Minister Says
UK Prime Minister Boris Johnson has stated in past negotiations that the UK should take back control of its fisheries to remain an independent coastal nation following the nation's withdrawal from the EU. But the EU negotiators have argued that keeping access to the internal market must remain on its terms with resolution mechanisms based in Brussels.

The UK negotiating side has demanded 80 percent of fishing stocks from its waters, more than quadruple the 18 percent proposed by Brussels, according to reports.

Further sticking points between the two sides include workers' rights, environmental protections as well as contributions for trade with the single market.

© AFP 2020 / Philippe Huguen
Live Updates: 'Differences Remain on Critical Issues', Von der Leyen Says After Call With Johnson
Brussels has staunchly opposed market deregulation as the UK prepares to set new rules to attract investors, but PM Johnson has proposed a no-tariff, no quota deal with the single market despite leaving its regulatory framework in the future.

But Brussels has demanded the UK follow European market rules compared with countries such as Canada, or face a tit-for-tat trade war which could increasing tariffs and trade restrictions.

Further concerns Britain's rejection of the European Court of Justice have intensified disagreements in bilateral talks.

A major sticking point is Westminster's Internal Market Bill, which has returned to Commons on Monday and could spark fresh disagreements over London's alleged violation of international law.

Commons is set to vote on amendments from the House of Lords and could inflame tensions in negotiations over the contentious Irish backstop, as well as further bills on taxation set to harden the EU's stance on post-Brexit relations.