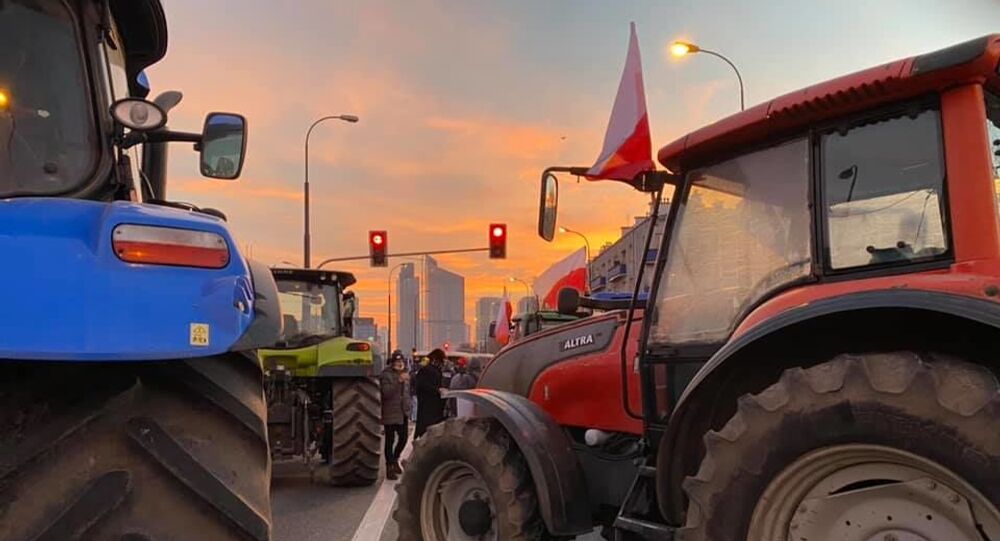 WARSAW (Sputnik) - Polish farmers have blocked a major traffic intersection in the country's capital, Warsaw, and scattered cabbage across the road during a protest over their worsening financial situation, a Sputnik correspondent at the scene reports on Saturday.

The protest was staged at the intersection of Plocka and Marcin Kasprzak streets early on Saturday morning. According to the correspondent, the farmers were unwilling to move their tractors even as a law enforcement officer attempted to pass while responding to an emergency.

Michal Kolodziejczak, the head of the Polish farmer's union AgroUnia, has said that the farmers staged the demonstration in protest against their current financial difficulties and the government's lack of support.

A similar road-blocking protest was held by Poland's farmers back in October, as agricultural workers took to the streets to demonstrate against a recently-adopted law on animal welfare that sets out a ban on fur farming and the ritual slaughter of animals for export.