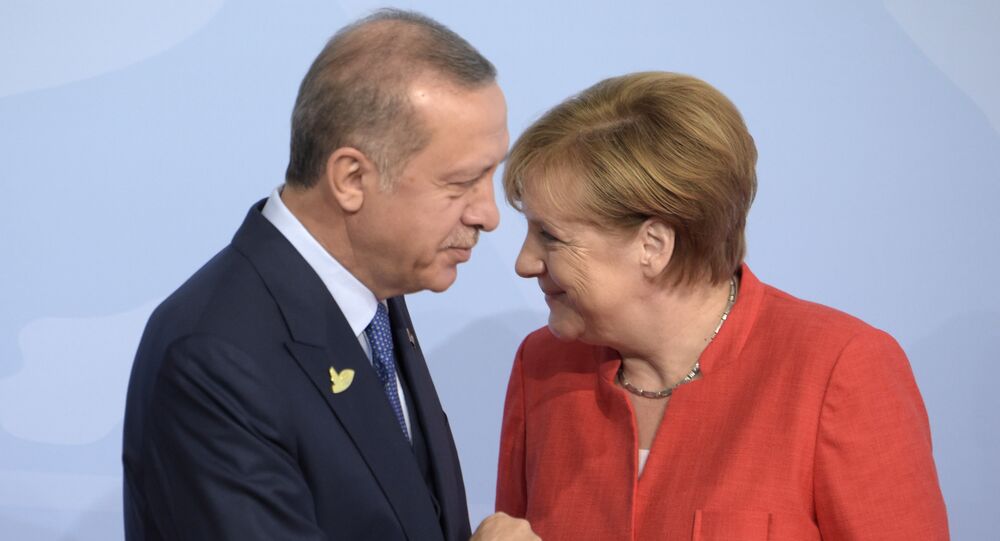 Niels Annen, the minister of state at the German Foreign Office, said on Friday that the European Union was interested in keeping Ankara "in its camp" and did not want the country to leave NATO, also noting that a political solution is needed to settle Turkey's disputes with Greece and Cyprus.

Annen warned that Ankara should not underestimate Europe's willingness to act decisively and in unity especially concerning the issues of Greece and Cyprus, noting, however, that Turkey and Germany have "a very unique relationship" and deep connections

"We have an interest to keep Turkey with us, in our camp, there is no geopolitical advantage for us to exclude them from our alliances, especially NATO. But one needs to understand that there is a line that we cannot cross…We have experience in dealing with these problems, and I still believe that together with our friends we can contribute to a political solution", he said at the MED 2020 virtual conference.

© AP Photo / Lefteris Pitarakis
A Turkish Navy vessel patrols as the drilling ship 'Yavuz' to be dispatched to the Mediterranean, is docked at the port of Dilovasi, outside Istanbul,Thursday, June 20, 2019

Relations between Turkey and European countries deteriorated amid the spat over drilling in the eastern Mediterranean, as Greece and Cyprus protest against the Turkish operations in the disputed waters.

At the same time, Germany and other European nations have suspected Ankara of violating the UN arms embargo against Libya, supplying one of the sides in the ongoing civil war there.

The latter resulted in a 22 November incident, when the Roseline-A, a Turkish-flagged commercial cargo vessel was halted by the German warship Hamburg about 200 km north of the coast of the Libyan city of Benghazi. The German forces reportedly stopped their inspection after a vocal protest by Ankara, accusing Berlin of violating international law, saying that the vessel was carrying only humanitarian aid.