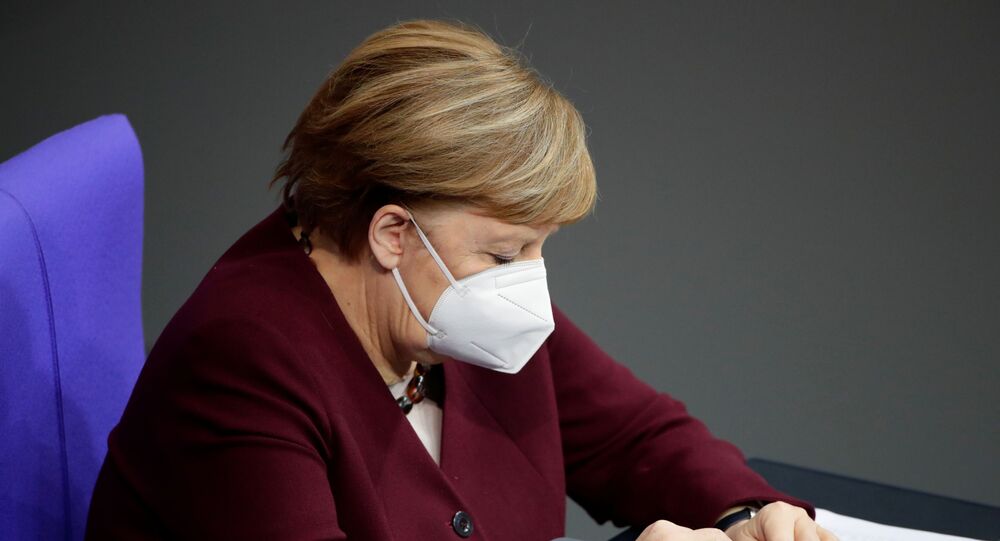 BERLIN (Sputnik) - Germany may receive 7 million doses of vaccines from BioNTech and Moderna in the first quarter of 2021, but the prospects for the supply of vaccines from AstraZeneca are not yet clear, German Chancellor Angela Merkel said on Wednesday.

"For the first quarter, we have no clear confidence in vaccine volumes. We know that we will probably receive 7 million doses in the first quarter from BioNTech and Moderna together," Merkel said, following a conference with regional leaders.

AstraZeneca is experiencing delays in the third phase of clinical trials, she said, so it is not possible to say whether vaccines will be available in the first quarter or not.

"If yes, then we will already have large resources of vaccines," Merkel added, noting that the situation will be easier in the coming months.

Merkel additionally noted that it is too early to talk about a general strategy for prioritizing the vaccinations in Germany, as there is no clear data yet on how elderly people react to the vaccines developed so far. When such data from the European regulator appears, the permanent vaccination commission will give recommendations to the German government. At the same time, Merkel added that workers in the health ministry and public sector will be among the first groups to receive the vaccine.

On Tuesday, Pfizer and BioNTech submitted a formal application to register their vaccine against coronavirus in the European Union.

The European Commission, on its part, said that after receiving a positive recommendation from the drug regulator, the Commission will make a decision on the authorization of the vaccine on the European market within a few days after a consultation with permanent representatives of the member states.

In November, Pfizer and BioNTech announced that their vaccine had 95 percent efficacy, according to the final trial analysis. Earlier in the day, the United Kingdom authorized this vaccine and the government said it will be available already next week.