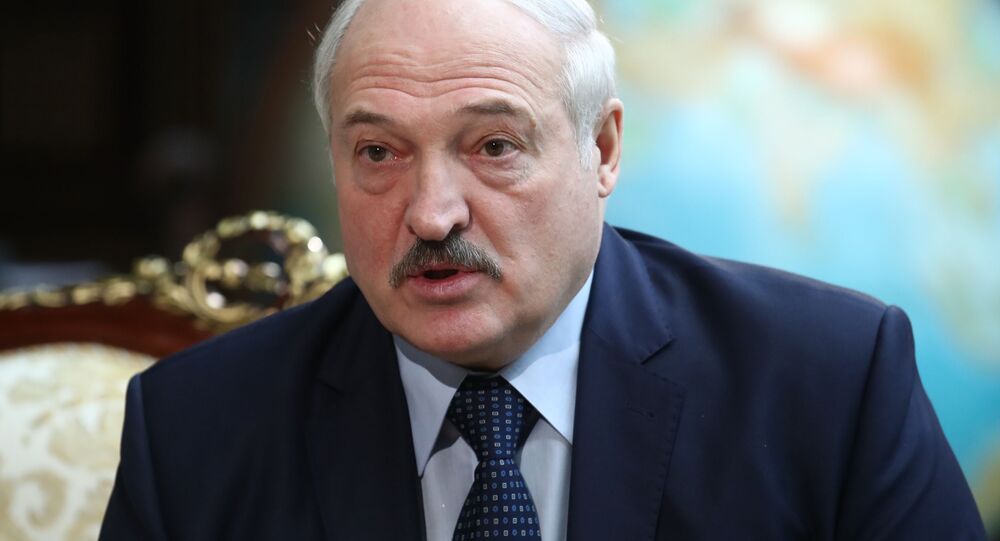 MINSK (Sputnik) - Belarusian President Alexander Lukashenko on Wednesday expressed concerns over the growing US and NATO military presence near the western borders of the Collective Security Treaty Organisation (CSTO).

Speaking at the online meeting, Alexander Lukashenko has claimed that the world is once again on the verge of an uncontrolled arms race.

The Belarusian president specified that he is especially concerned by extra US troop deployments in Poland and the country's plans to create new military infrastructure facilities.

"We see clearly that systemic military events are becoming more frequent on the territory of this country and in the Baltic nations”, Lukashenko added.

Not only Belarusian national interests are being targeted, the president warned.

"We should consider NATO statements about the development of some new strategic concept exactly in this context. I believe everyone understands whom and what it will be targeted against”, Lukashenko concluded.

An online meeting of the security council of the Collective Security Treaty Organisation (CSTO) convened earlier on Wednesday.

According to the Kremlin, the meeting will discuss issues of allied cooperation under the CSTO, increasing the organisation's efficiency, as well as exchanging views on pressing issues of regional and international security.