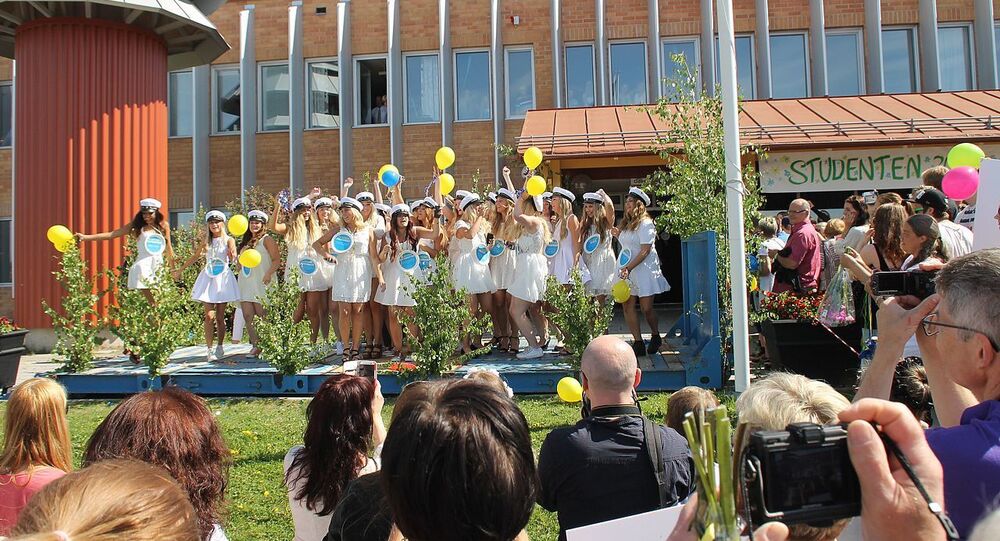 While herd immunity has contributed to the reduction and eradication of many contagious diseases in the past, its applicability to the ongoing COVID-19 pandemic is disputed, due to uncertainty around the effects and the persistence of antibodies.

High school students in the Swedish city of Östersund have been suspected of the organised distribution of COVID-19 in order to become immune before the prom the coming spring, according to a police report.

According to the report, students are actively trying to get infected with the novel coronavirus by intentionally seeking out ill people and, if possible, spreading it further in order to reach herd immunity ahead of the upcoming school leaving party.

"It feels incredibly clueless, a total lack of respect for other people. And it is ignorance, even among adults, which contributes to the spread of infection. You do not think that it affects you, that this is something that only happens in Stockholm, but it also happens here in Jämtland County", Monica Sandström, the head of student health within Jämtland's upper secondary school association, told national broadcaster SVT.

The information came as a total surprise to the school authorities in the area.

"This is completely new to us. We have seen it in the media, but haven't yet been contacted by the police yet. We have also not heard from the national infection control authorities", Micael Cederberg of Jämtland's High School Union, said.

The police, however, subsequently announced that the case had been closed due to "too loose" information.

"The report was very general and did not state which school or which students were in question", head of investigation Niklas Stjernlöf told SVT. "We have no plaintiffs, no suspects, and nothing to go on", Stjernlöf continued.

In addition, Stjernlöf argued that it remains unclear whether the students' actions are criminal.

"It is extremely doubtful if it is a crime. You can compare it to parents looking for other children with chickenpox, it's about the same thing", Stjernlöf told SVT.

Herd immunity (also called population or social immunity) is a form of indirect protection from an infectious disease that occurs when a sufficient percentage of a population has become immune, be it through vaccination or previous infections, reducing the likelihood of infection for individuals who yet lack immunity.

While herd immunity has contributed to the reduction and eradication of many contagious diseases in the past, its applicability to the ongoing COVID-19 epidemic is disputed, due to uncertainty around the effects and the persistence of antibodies.

Earlier this year, Swedish public health authorities came up with conflicting messaging amid the onslaught of the coronavirus pandemic, acknowledging the desirability of herd immunity in the population, yet repeatedly rejecting it as a consistent strategy.

Sweden, a nation of over 10 million that has adopted a standalone approach with no lockdowns whatsoever, has seen 243,129 COVID-19 cases and 6,681 deaths.