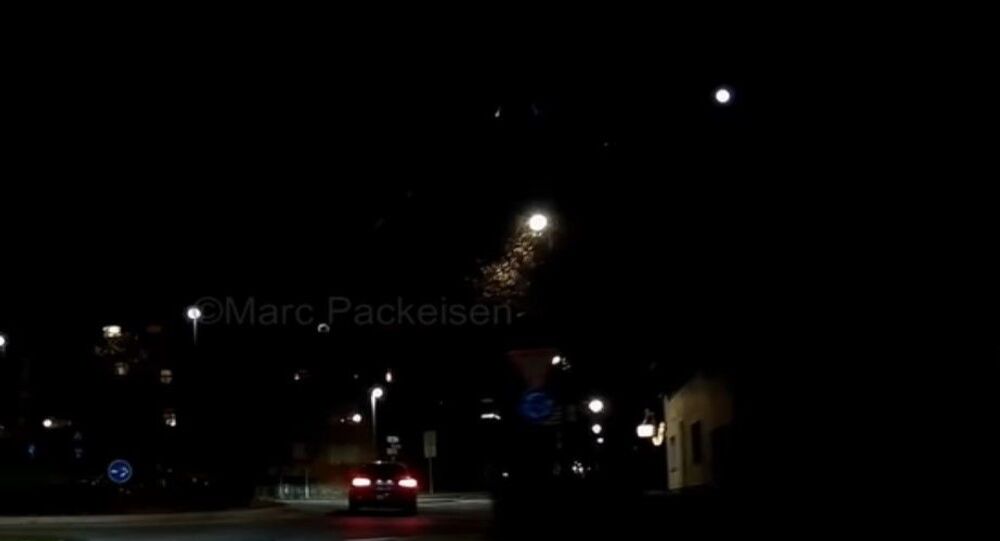 According to a witness near Bonn, the streak lasted between 5 and 7 seconds and broke into two smaller blips.

A mysterious fireball was spotted in the skies over western Germany at the weekend, astronomers told the media.

According to Professor Jürgen Oberst, head of planetary geodesy at Berlin's Technical University (TU), about 90 sightings were reported within hours of the so-called "fireball network" run by Berlin's TU and the German Aerospace Centre (DLR).

A video was shared on YouTube, showing the fireball's brief flyby over Düsseldorf.

"Most probably it was an asteroid fragment that had entered the atmosphere," DLR fireball expert Dieter Heinlein said.

A witness from Schleswig-Holstein state in northern Germany told the Gahberg observatory in Austria:

"Sighting of a bright object with a green tail flying from west to east... Tail three to four times the size of the object, with small parts detaching."

According to DLR, asteroids are small leftovers from our solar system's phase of planetary formation, now mostly orbiting between Mars and Jupiter.