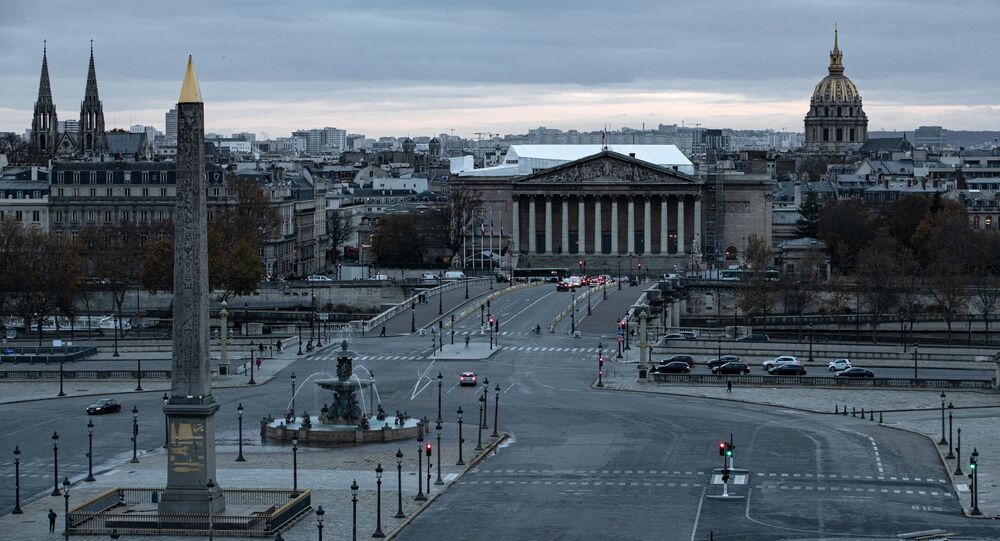 France's GDP Rebounds by 18,7% in Q3, But Still Remains Below Pre-Pandemic Levels

MOSCOW (Sputnik) - French GDP has risen by 18,7 percent in July-September, when the coronavirus restrictions were eased between two nationwide lockdowns, but still has not returned to its pre-crisis levels, the INSEE national statistics agency said on Friday.

The agency has revised the GDP figure from 18.3 percent upward, taking into account the new data from September. According to the statistics, in Q3, GDP in volume terms bounced back after 13.8 percent decline in Q2 2020.

"Nevertheless, GDP remained well below the level it had before the health crisis," the INSEE pointed. The number is 3.9 percent lower than in the third quarter of the last year.

© AFP 2020 / STEPHANE DE SAKUTIN
French Galeries Lafayette Department Store Chain Expects Turnover to Halve in 2020
The INSEE noted that the household consumption rate has sharply increased by 17,9 percent over July-September, following a 11,4 percent decline, adding that domestic demand significantly contributed to the GDP rebound in the third quarter, and so did foreign trade.

France imposed its first stay-at-home regime from March-May, hitting hard the eurozone's second largest economy. The second lockdown came into force on October 30 amid the second coronavirus outbreak, with another closure of non-alimentary stores, businesses and public facilities. The national authorities have implemented a series of rescue measures for restaurants, bars, cafes and firms affected by the pandemic, including partial payments from the solidarity fund or in other forms.

To date, France has confirmed over 2,2 million COVID-19 cases, the world's fourth total, with the death toll at 51,401. However, the health authorities said they have observed a decline in daily numbers of infections over the past few weeks.