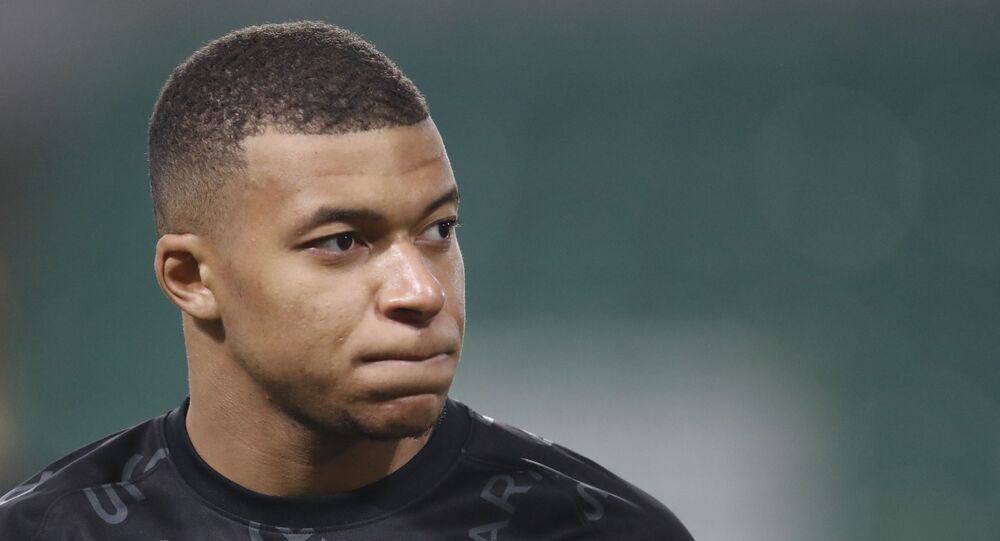 After footage of a black man being violently arrested by police made headlines in French media, the country's Interior Minister Gerald Darmanin ordered the suspension of the officers involved in the incident.

French football star Kylian Mbappe has turned to Twitter to condemn as "unbearable" and "inadmissible" the recent arrest of a black man by Parisian police that was captured on CCTV and went viral.

WARNING: The following images contain graphic material which may offend

​After the incident, French President Emmanuel Macron demanded that the country's Interior Minister Gerald Darmanin punish those responsible for the beating and racial abuse of a Black music producer, French BFM TV reported.

According to the media, the French president was "very shocked" after he saw images of the incident captured on the CCTV.

© REUTERS / Christian Hartmann
Macron Leads Chorus of Condemnation in France as Magazine Depicts Black Lawmaker as a Slave
According to the victim, he was walking last Saturday near his music studio without wearing a mask - which is in breach of France's present coronavirus prevention protocol.

After seeing the police, the man entered the studio to avoid a fine. The police, however, followed him inside and then attacked.

"I was lucky enough, unlike many other people, to have had the video that protects me," Mr Zecler said.