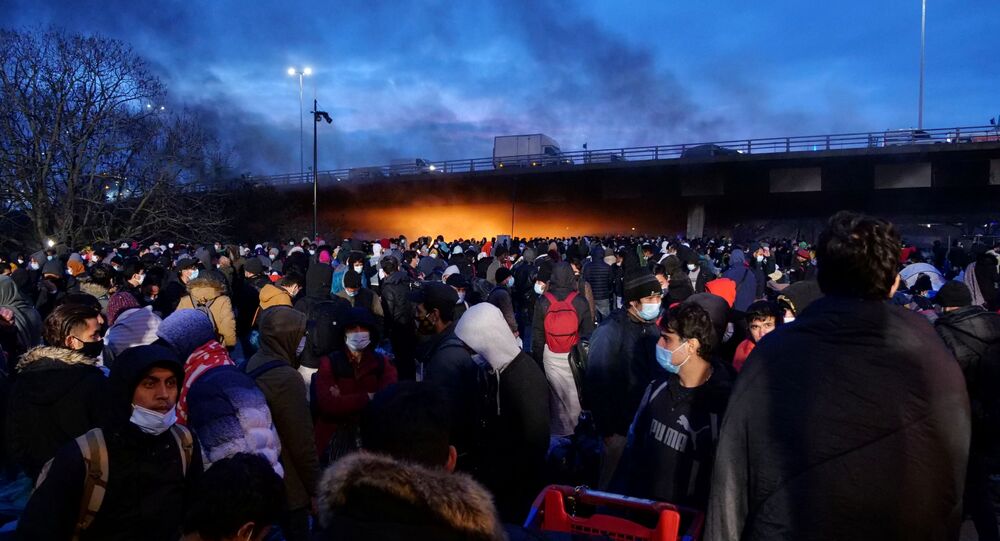 MOSCOW (Sputnik) - Over 70 percent of the French believe that the controversial police operation on dismantling a migrant camp in central Paris earlier this week was justified, throwing their support behind law enforcement officers rather than the organizers of the migrants gathering, according to IFOP poll for the CNEWS news released on Friday.

The police operation was conducted on Monday evening and prompted an outcry in France, as videos and photos of police using violent methods against migrants were distributed on the Internet.

According to the poll, 74 percent of the respondents support police actions during the camp removal and subsequent dispersal of over 450 refugees from the Place de la Republique, where they gathered to protest against forced evacuations from camps, including the most recent one in Saint-Denis, Paris' northern suburb.

According to the survey, 60 percent of the French found the initiative to hold a migrant demonstration on the Place de la Republique unjustified.

The poll also found that older respondents are more  likely to justify police actions in the recent controversy: up to 80 percent of over 65-year-olds, 75 percent of the 35-64 age group, 69 percent among 25-34-year-olds and 56 percent among those aged 18-24.

© REUTERS / GONZALO FUENTES
Hundreds Protest in Paris After Migrant Camp Dismantled by Police - Videos
When asked about the attitude to the national security forces, 45 percent of those surveyed said they confide in the police, 23 percent are concerned about them, 14 percent feel sympathy towards law enforcement troops, and 8 percent are hostile to them.

The poll comes amid a new wave of criticism toward police forces after the controversial refugee evacuations and the adoption by the French Parliament of the disputed global security bill designed to criminalize the distribution of materials on policemen online.

This survey was conducted via an online questionnaire from November 25 to 26, among 1,049 French citizens aged over 18.