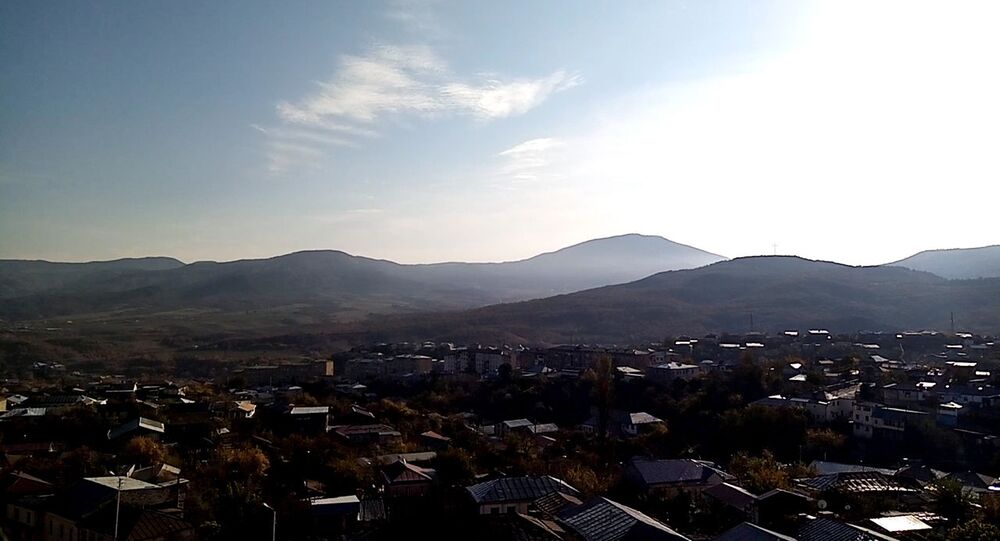 The French Senate's resolution urged the country's government to formally recognise the independence of the unrecognised republic of Nagorno-Karabakh, the Armenian-dominated South Caucasus region disputed by Baku and Yerevan.

France’s ambassador to Baku was summoned to the Azerbaijani Foreign Ministry and handed a note of protest over the French Senate's resolution on recognition of the independence of the Nagorno-Karabakh region, which was almost unanimously voted for on Wednesday, according to ministry representative Leyla Abdullaeva.

Senate lawmakers passed a document Wednesday calling on the country's government to recognise the independence of the embattled South Caucasus region - a symbolic territory for both Azerbaijan and Armenia - in a 305-1 vote. The resolution is non-binding.

The Azerbaijani government quickly weighed in on the matter, slamming the resolution alongside Turkey as "an ordinary piece of paper".

The territorial conflict, which dates back to the late 1980s, when the region proclaimed its independence from the Azerbaijan Soviet Socialist Republic, flared up again on 27 September 2020.

Tensions intensified along the line of contact in the Nagorno-Karabakh region, growing into a deadly military standoff, with the sides blaming each other for starting the attacks.

Armenia, Azerbaijan, and Russia signed a joint statement on 9 November stipulating a ceasefire in the disputed region starting from 10 November, days after the Azerbaijani forces took over Shusha, the second biggest city in the self-proclaimed republic. Under the provisions of the document, Russia, a mediating force in the conflict, deployed peacekeepers to the territory that was previously under Armenia's control in the self-proclaimed Nagorno-Karabakh Republic (NKR).

Peacekeeping units were also dispatched to the Lachin corridor, which connects the NKR's capital Stepanakert with Armenia, with Russia's Defence Ministry confirming that 1,960 personnel were involved.

President Vladimir Putin said the agreement would include an exchange of war prisoners, with "all economic and transport contacts to be unblocked".

Separately, the sides agreed to ensure the safe return of displaced locals who left their homes when the conflict erupted and to deal with other pressing humanitarian issues.

In terms of territorial gains, the ceasefire deal stipulates that Azerbaijan keeps all the territories it took control of during the conflict.