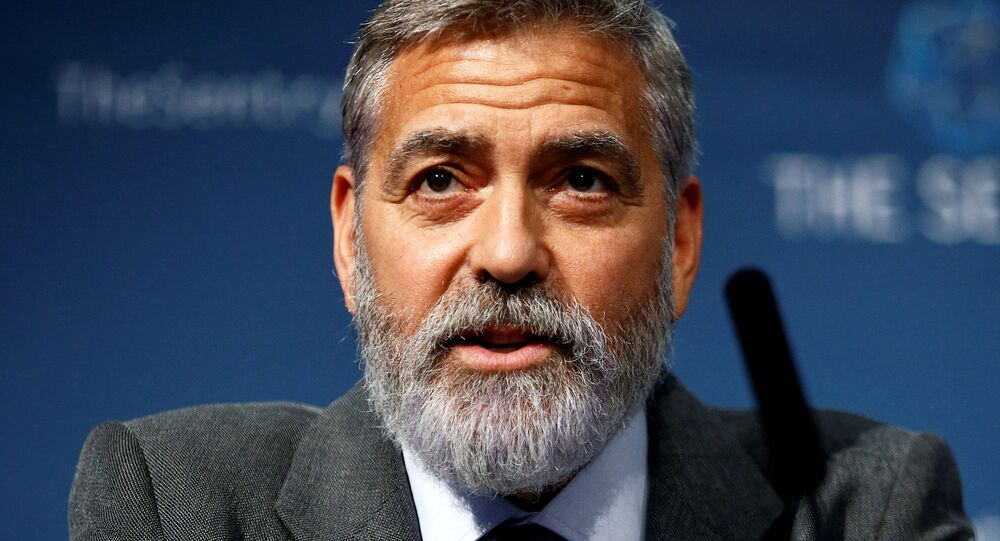 The actor's left-field suggestion that people like the Hungarian PM might bring about the end of days didn't go unnoticed by the nation's government, who likened it to something from George Soros. The latter has been Budapest's prime enemy in recent years over alleged attempts by his foundation to meddle in the country's domestic affairs.

Hungarian government officials and members of the ruling party Fidesz have criticised famous actor George Clooney over his controversial statements about Prime Minister Viktor Orban. One of them, spokesman for the Government Information Centre, Farkas Örs, alleged that the actor might be promoting the agenda of Hungarian-born billionaire investor George Soros.

"Soros uses every opportunity to attack the Hungarian government. It is rather frustrating that there are actors, even non-political actors, who carry out such political intent for Soros", Örs stated.

The allegation emerged after a Hungarian online news outlet unearthed a photo of Clooney with one of the investor's sons. The actor responded by praising George Soros' philanthropic efforts, while scolding the Hungarian government as an "authoritarian" regime running a "propaganda machine".

Clooney first made derogatory remarks about Orban during an interview with GQ, in which he discussed his role in the upcoming sci-fi movie "The Midnight Sky" about a planet devastated by a mysterious disaster. In the interview, he alleged that people like Orban and Brazilian President Jair Bolsonaro spread "lots of anger and hate" and added that they might eventually lead our world to the post-apocalyptic state shown in the upcoming motion picture.

Several politicians from Fidesz lambasted Clooney as an "imbecile" who would have a hard time finding Hungary on a map, let alone knowing something about its domestic affairs. Clooney, in fact, visited the country back in the early 2000s, praising it at the time as a "shining example" of democratic transition referring to the state's transformation after exiting the so-called Eastern Bloc and the dissolution of the USSR.

Hungarian MP Tamas Deutsch, slammed the actor as an "impostor", who talks "bullsh*t about [our] homeland". The country's Foreign Minister Peter Szijjarto, in turn, commented on Clooney's statements, noting that despite being "a good actor" he can hardly be treated as a good "global political oracle".

Soros, to whom some of the Hungarian government's officials linked Clooney, has long been a target of Budapest's criticism. The Hungarian government under Orban has accused the billionaire many time of trying to meddle in the nation's domestic affairs via its "network", banning the Soros Foundation in Hungary. Soros' focus on immigration issues and his support for keeping Europe's borders open for migrants, including from the Middle East, is one of the prime concerns for Budapest, which strongly opposes a similar agenda expressed by Brussels.