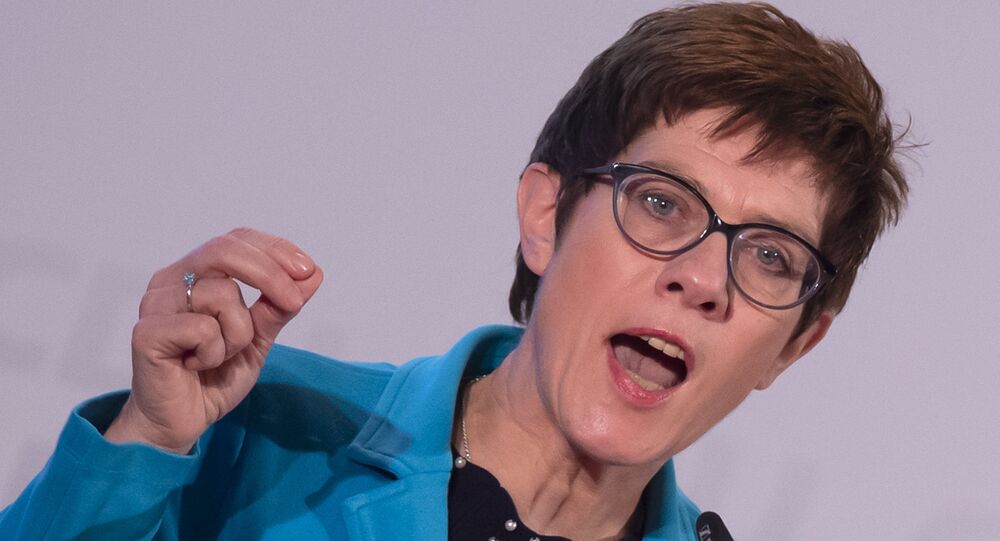 According to Moscow, NATO takes advantage of the European countries that promote this rhetoric to deploy more troops and military hardware near the Russian border.

BERLIN, (Sputnik) - Germany needs to keep up its military expenditures in order to be able to negotiate from the power standpoint with Russia, which began posing a "more explicit" military threat by modernizing its armed forces, German Defense Minister Annegret Kramp-Karrenbauer said on Wednesday.

"Amid the amounts you voiced and irrespective of them, it remains a fact that Russia invested heavily in the modernization of its armed forces, that it has new types of weapons, and that its threat has become more explicit," Kramp-Karrenbauer said at a parliamentary session when asked to explain the expediency of sizable NATO budgetary expenditures amid the coronavirus pandemic.

The minister recommended that the German authorities negotiate with the counterparts from the Baltic countries, Sweden, and Central and Eastern Europe about the alleged Russian threat.

"If we want to enter the disarmament talks from the power position, we have to strengthen our position. This has always been a good, traditional position of the German foreign policy and must remain as such in the future," Kramp-Karrenbauer said.

The perceived Russian threat is most common in the Baltic countries and Poland. The Russian Foreign Ministry and other authority instances have repeatedly refuted having plans to attack any of the NATO member states.