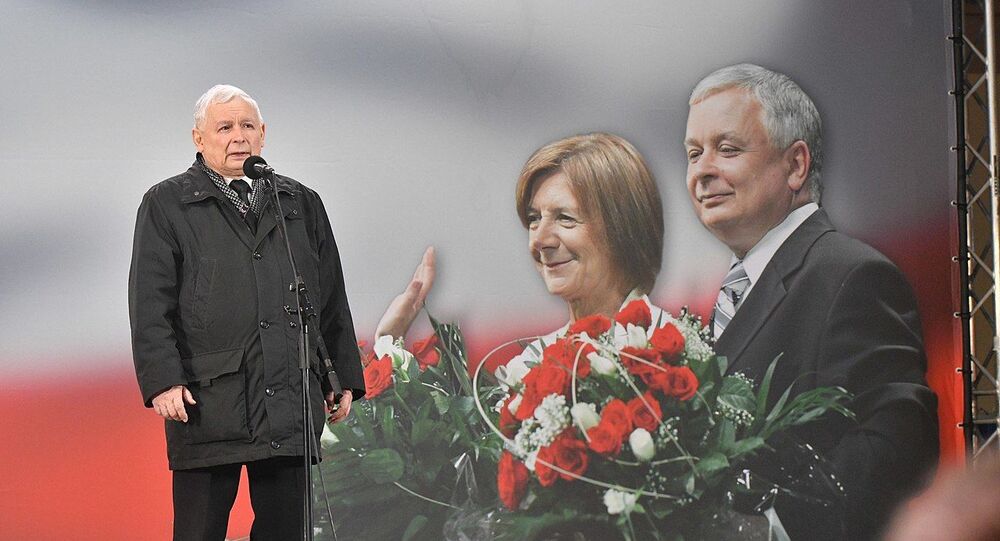 WARSAW (Sputnik) - Poland does have a transcript of a phone call between late President Lech Kaczynski and his brother, which took place shortly before the president's plane crashed over Russia, a person involved in the investigation of the case said on condition of anonymity.

Earlier in the day, Russian officials said they had requested the recording and transcript from Poland after its existence was reported by the Polish media.

The source confirmed that Lech and Jarosław Kaczynski spoke via satellite phone, but declined to elaborate on the contents of the conversation.

On April 10, 2010, a Russia-made Tu-154M passenger plane carrying then-Polish President Lech Kaczynski, his wife, several high-ranking Polish officials and others crashed while attempting to land on an airfield covered in heavy fog near Smolensk, killing all 96 passengers aboard the plane.

During a re-investigation of the crash, the Polish commission revealed in 2018 that it had found traces of explosives in the wreckage, although soil samples collected at the site at the time did not contain any such traces. As such, the commission went on to claim that the crash was prompted by the alleged presence of explosives.