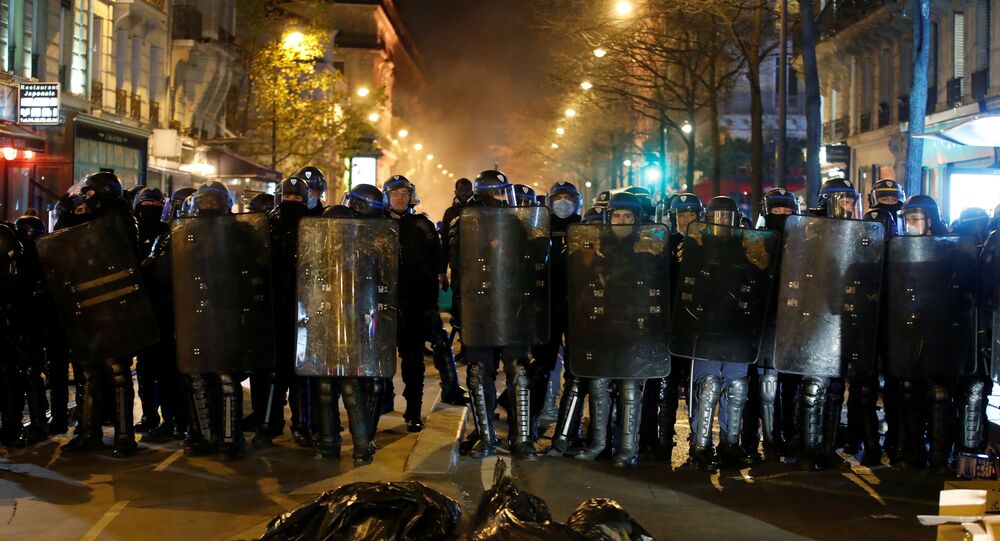 According to the organisers of the protest, they are demanding the resignation of the prefect of police and the French interior minister, an immediate end to police violence, and unconditional accommodation for immigrants.

Rallies against France's migration policies continue as hundreds of people gathered in Place de la Republique in the French capital.

The protest was organised by undocumented migrants from the Paris region, including the Utopia56 and Solidarite-Migrants Wilson.

According to a Sputnik correspondent, protesters attempted to initiate a spontaneous demonstration, but were quickly dispersed by police and pushed back to Place de la Republique.

On Monday, protesters set up tents in central Paris since not all of them were given shelter following the evacuation of the Saint-Denis camp. Some of the tents were later taken away by the migrants themselves, while others were dismantled by police.