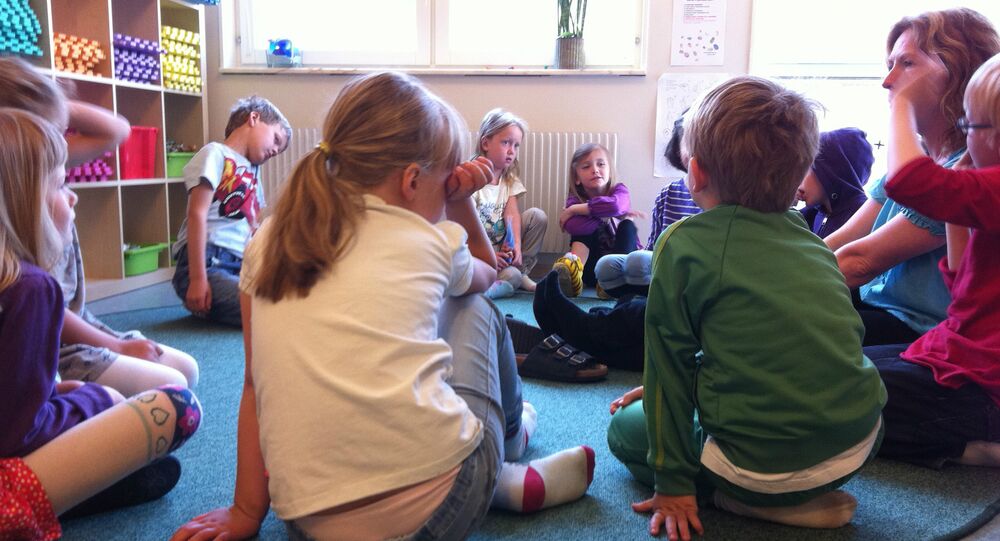 According to a fresh report, half of six-year-olds at preschools in Stockholm's Järva, which has a high proportion of immigrants, speak poor Swedish and thus risk falling behind in the education process.

Following the alarm about the lack of Swedish skills among immigrant children, the government's investigators have proposed to introduce compulsory preschool for all Swedish children starting from the age of five, the newspaper Aftonbladet reported.

The drastic proposal means that compulsory schooling, as a rule, will begin in preschool in the autumn term of the year when the child turns five.

The government's investigators have been tasked with submitting proposals in order to "increase participation" in preschool among children aged 3-5 and strengthen the children's command of Swedish, specifically with regard to newly arrived children.

In addition to the said obligation, it has also been proposed that municipalities should be obliged to "conduct outreach activities" in order to increase preschool participation.

It will also be mandatory for municipalities to offer preschool to all children who need to get "better language development in Swedish". Direct enrollment means that the municipalities, without the guardians' application, must offer children a place at a preschool before the autumn of the calendar year when the child turns 3 years old.

According to government investigator Lotta Edholm, the plan will reach thousands of chidren, at least half with an immigrant background.

Edholm stressed that there may be several reasons why newly arrived children do not participate in preschool activities, including the lack of information about the preschool's mission and "traditional gender roles", where the mother stays at home with children.

One problem associated with the preschool plan is the lack of competent staff. According to the latest statistics, 263 preschools across the country lack qualified teachers. There is also a lack of staff with childcare skills. To remedy this, a salary boost of up to SEK 10,000 ($1,116) a month has been suggested.

The new regulations are intended to enter into force in the autumn of 2023.

This week, a report was published that every second six-year-old at preschools in the Järva area of Stockholm, which has a high proportion of immigrants, speaks poor Swedish and thus risks falling through the cracks of the educational system, national broadcaster SVT reported. This observation is valid even for children born in Sweden, the report underscored.

Earlier this year, the governing Social Democrats proposed obligatory preschool starting from the tender age of two. The suggestion was touted as promoting equality, liberating women, and equipping the children with better opportunities. However, the proposal met a lot of flak online, as people complained it would further burden the childcare system and enhance indoctrination. A petition was started online and garnered thousands of signatures.

Even Education Minister Anna Ekström was hesitant about the proposal.

"The road via coercion, we have to think about extra carefully. We have a preschool that has been based on voluntary participation for many years and we have a very high enrollment rate", Ekström told SVT.

Second Church in Sweden Vandalised, Set on Fire in Less Than a Week