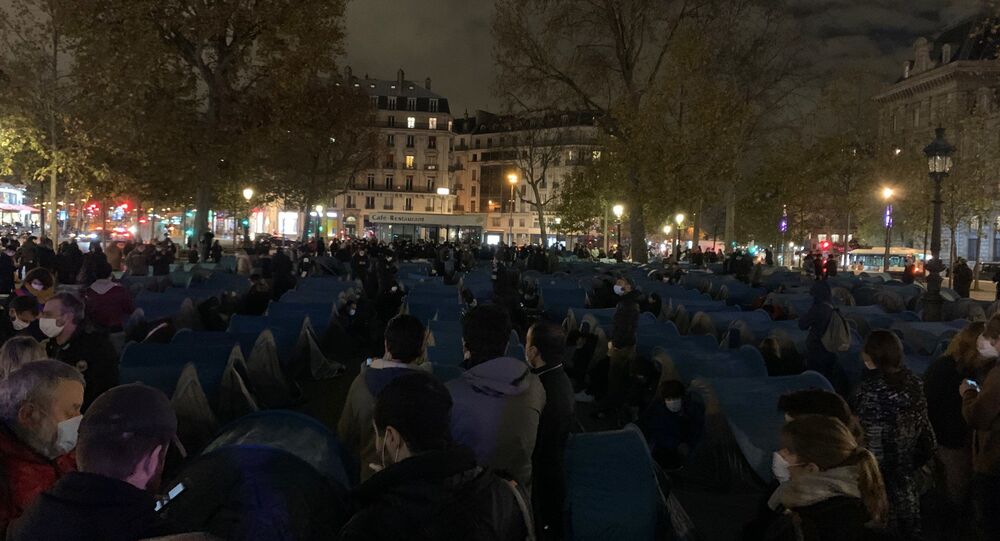 The Utopia 56 volunteer association said on Twitter that about 450 migrants, left in the streets after the dismantlement of the Saint-Denis camp last week, gathered in the square on Monday.

According to a Sputnik correspondent, by 22:00 local time (21:00 GMT) on Monday, police had completely cleared the Place de la Republique square, where migrants had set up tents. Some of the tents were taken away by the migrants themselves, while the rest were confiscated.

"A group of numerous people gathered on the Place de la Republique, setting up tents. The installment of such camps organised by certain associations, is not acceptable. The police prefecture therefore immediately took action to disperse this illicit occupation of public space", the police headquarters said in a statement late on Monday night.

Utopia 56 said on Twitter that the tents were given to the migrants by aid associations and collectives, using donations from citizens. "Tonight, more than 500 tents and 1,000 blankets had been provided by Utopia 56",  the volunteer group tweeted on Monday evening.

Earlier this month, French police dismantled a migrant camp in Paris's northern suburb of Saint-Denis, evacuating some 2,500 refugees and homeless people. According to media reports, the first tents in the migrant settlement were set up in early fall but the camp quickly expanded over a few months before it was dismantled on 17 November.