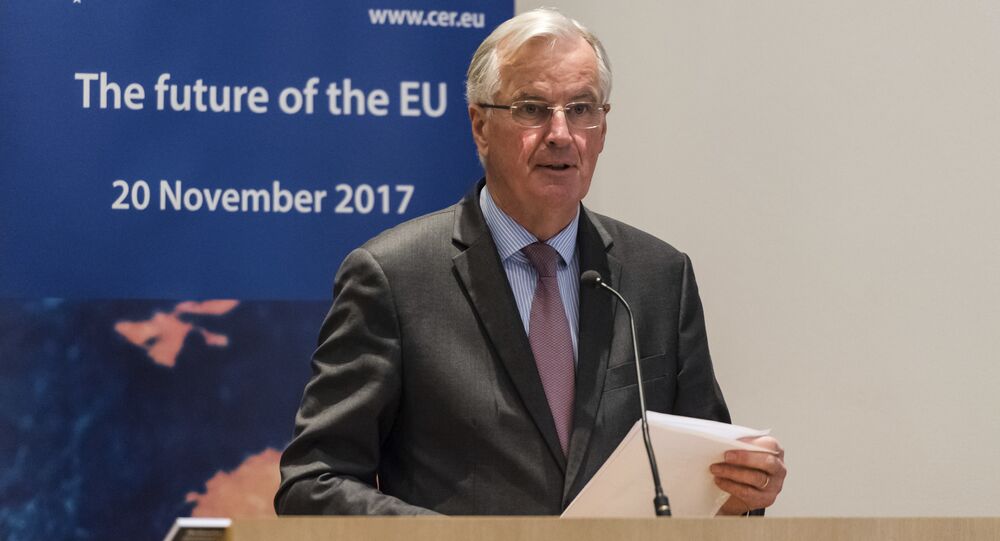 EU-Britain trade talks have been underway since the UK formally withdrew from the European Union on 31 January 2020. The major stumbling blocks in the path to finalising post-Brexit conditions are updated market rules and disputed access to UK fishing waters.

"After technical discussions this weekend, negotiations continue online today... Time is short. Fundamental divergences still remain, but we are continuing to work hard for a deal", EU negotiator Michel Barnier warned in a tweet, speculating about the continuing bilateral negotiations over the terms and conditions of Britain's divorce from the European bloc.

🇪🇺🇬🇧 After technical discussions this weekend, negotiations continue online today with @DavidGHFrost and our teams. Time is short. Fundamental divergences still remain, but we are continuing to work hard for a deal.

On 31 December 2020, the UK is set to withdraw from the European Union's Single Market and Customs Union, thereby drawing a line under the so-called transition period, which was ushered in in early 2020 by Britain's formal exit from the bloc.

Such issues as fishing quotas and guarantees of a "level playing field" in the respective regulatory environments of the UK and the bloc have since remained major talking points in the latest rounds of discussions on the subject.

London insists that "British fishing grounds are first and foremost for British boats", with Prime Minister Boris Johnson insisting that "taking back control" over the UK's waters is a key Brexit objective and vowing that Britain will become an "independent coastal state". Brussels, for its part, demands a "fair share" of the fisheries as a precondition for any potential trade deal.

Another sticking point in the discussions is London's would-be regulatory autonomy. More specifically, London has remained firm about "divergence" from EU rules, to which Brussels agreed, but outlined that "some mutual understanding of how much divergence is likely to happen" must be reached.

Amid recent reports on the upcoming inking of the long-sought trade deal, 10 Downing Street insisted that "the government is united behind the negotiation position", admitting that "key elements of the draft text are not agreed [upon]".

"We are working to get a deal, but the only one that's possible is one that is compatible with our sovereignty and takes back control of our laws, our trade, and our waters", David Frost, the UK's chief Brexit negotiator tweeted last week.