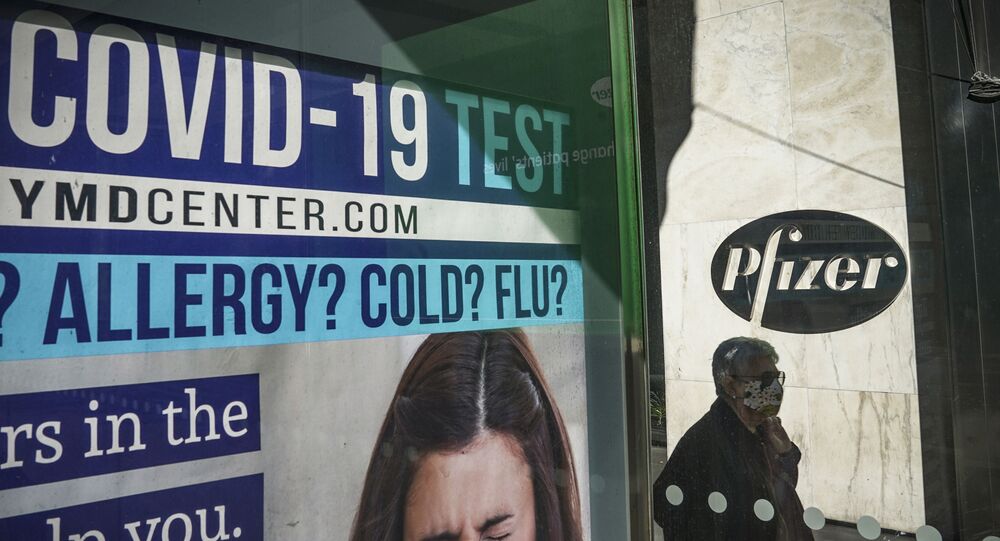 EU Reportedly Wants Hundreds of Millions of Doses of Pfizer, CureVac Covid Vaccines for Over $10 Bn

The European Union has reported over 11.5 million coronavirus cases and 200,000+ Covid-related deaths since the pandemic was declared in March, with over 2.5 percent of the bloc’s population of 446 million people believed to have contracted the virus in that time, according to the European Center for Disease Prevention and Control.

Brussels is considering shelling out the euro equivalent of more $10 billion for the production of hundreds of millions of doses of candidate vaccines by CureVac and Pfizer-BioNTech, Reuters has reported, citing a European Union official said to be involved in the negotiations.

The official told the news agency that the EU had already agreed to spend 15.50 euros ($18.34) per dose on the vaccine being created by Pfizer-BioNTech, for a total of 3.1 billion euros for 200 million doses. The deal also has an optional clause in which Brussels buys an additional 100 million doses for about 1.5 billion euros, according to the anonymous official.

The official added that the EU will pay 10 euros a pop for 225 million doses of CureVac’s vaccine candidate, down from 12 euros per shot price tag which the company initially suggested. The deal between Brussels and CureVac reportedly includes a 225 million dose mandatory purchase, with the option to buy 180 million more doses, for a total of 405 million, and 4.05 billion euros.

The CureVac vaccine is expected to begin deliveries in late March. A timeframe on deliveries of the Pfizer-BioNTech vaccine remains unclear.

If Reuters’ information is confirmed, the combined CureVac and Pfizer-BioNTech vaccine dose numbers would total between 425 million and 705 million doses, with the latter figure being more than enough to vaccinate every single man, woman and child in the bloc.

The European Commission outlined its coronavirus vaccine strategy in June, predicting the availability of a safe and effective Covid vaccine within a 12-18 month period, “if not earlier,” and recommending flexibility when it comes to regulatory processes. The strategy does not mention whether the vaccine will be voluntary or mandatory, or whether a bloc-wide vaccination strategy will be implemented.

Pfizer and BioNTech’s vaccine remains in phase 3 clinical trials, and the pharmaceutical giants have reported a vaccine effectiveness rate of 95 percent. Earlier this year, US government offered to pay Pfizer $19.5 per dose for 100 million doses of its vaccine, with the option to buy an additional 500 million doses.

© AP Photo / Elaine Thompson
Gates Foundation Pledges $70 Mln More For ‘Safe, Affordable, Timely’ COVID-19 Vaccine Distribution
In a related development, the Bill and Melinda Gates Foundation, which has donated hundreds of millions of dollars for coronavirus research, including for the vaccines being developed by CureVac and BioNTech, pledged an additional $70 million in funding last week for “global efforts to develop and distribute safe, affordable, and timely vaccines for low- and middle-income countries.”

Worldwide, over 55.6 million Covid cases and 1.34 million coronavirus-attributed deaths have been reported to date, with at least 0.007 percent of the planet’s population affecting the disease over the past eight months, and the pandemic leading to vast economic dislocation as nations have sought to curb its spread.

WHO Advises Against Use of Gilead's Remdesivir as Coronavirus Treatment