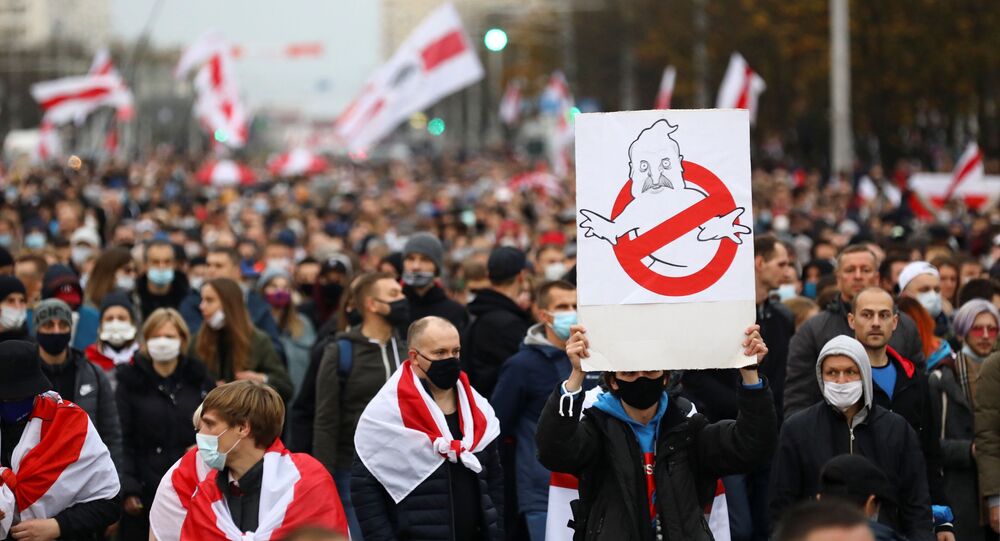 MINSK (Sputnik) - A Belarusian police officer from among those targeted by the opposition for allegedly cracking down on post-electoral protests had his car blown up in the western Grodno city, the Investigative Committee of Belarus said in a press release on Friday.

"On November 20, around 1:30 a.m. [22:30 on Thursday, GMT], the police was informed of a loud clap — presumably an explosion — in a residential area in Grodno. A task force was deployed to the site. It was established that unidentified persons damaged a Skoda car belonging to a 41-year-old local resident. There were traces of burning in the immediate vicinity of the car. The vehicle's damaged front part contained signs of an explosion. Three other cars parked nearby were also damaged," the authority said on its Telegram channel.

A picture of the damaged car was shared by Sputnik Belarus on Telegram.

According to the press release, the owner of the damaged car told the investigators that he was a police officer "about whom detailed information had earlier been published on one of the radical Telegram channels."

"A criminal case was opened into the incident under Article 218, Section 2 of the Criminal Code [deliberate damage of property committed via a commonly dangerous method]. Perpetrators are currently being established," the press release read.

Investigators have already conducted interviews with the victims and eyewitnesses and retracted recordings from the surveillance cameras in the area, the committee said.

Mass protests began in Belarus after the presidential election on 9 August, which, according to official results, incumbent President Alexander Lukashenko won in a landslide, securing himself a sixth consecutive term in office. The opposition refused to recognise the results, claiming electoral fraud. Security forces and police used force to suppress the protests. Lukashenko's supporters have also organised rallies in his support.