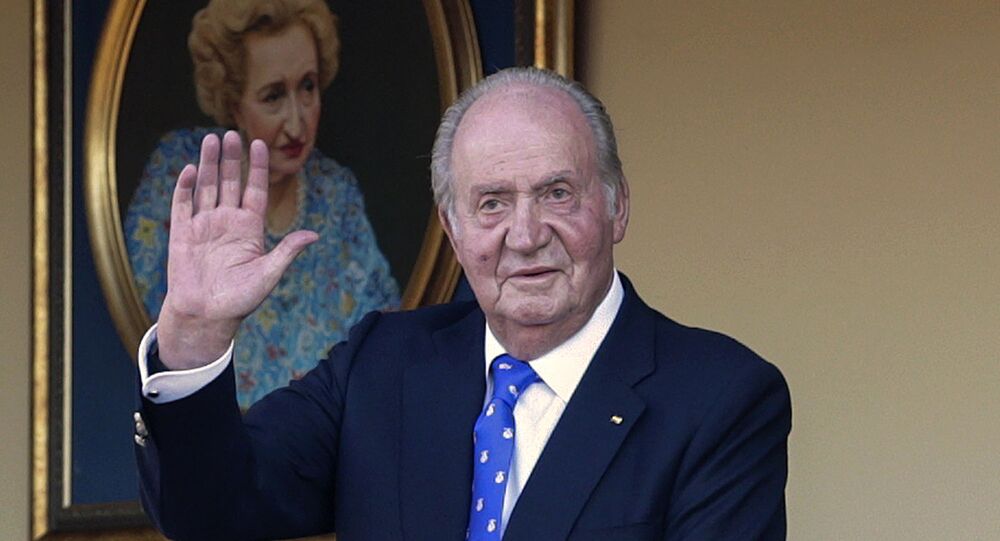 MOSCOW (Sputnik) - Earlier in the month, Swiss and Spanish prosecutors launched a probe into the Zagatka Foundation, registered in Lichtenstein, over suspicious monetary transfers. Although the monarch’s name does not appear in the case documents, it is believed his estate may have been the beneficiary of around $7.7 million.

The former Spanish head of state, King Juan Carlos I, spent over $9 million on personal flights that were all funded through the Zagatka Foundation, which is under investigation, El Confidencial newspaper has reported, citing documents.

According to El Confidencial, Juan Carlos used the foundation, registered under the name of a long-deceased relative, to fund private jet flights to the Bahamas, the Dominican Republic, Bermuda, Canada, Kuwait and Abu Dhabi between 2009 and 2018. Many of these flights took place after the king abdicated in 2014.

Juan Carlos was already under investigation for his alleged role in a deal under which a Spanish consortium won a multibillion-dollar contract in 2011 to build a high-speed rail line in Saudi Arabia. Spanish firms won the $8 billion deal to build the rail link, and anti-corruption officials suspect that the former king has kept undeclared funds in Swiss banks.

In August, Juan Carlos I suddenly left Spain amid the ongoing investigation. Spain’s royal house said he was in the United Arab Emirates.