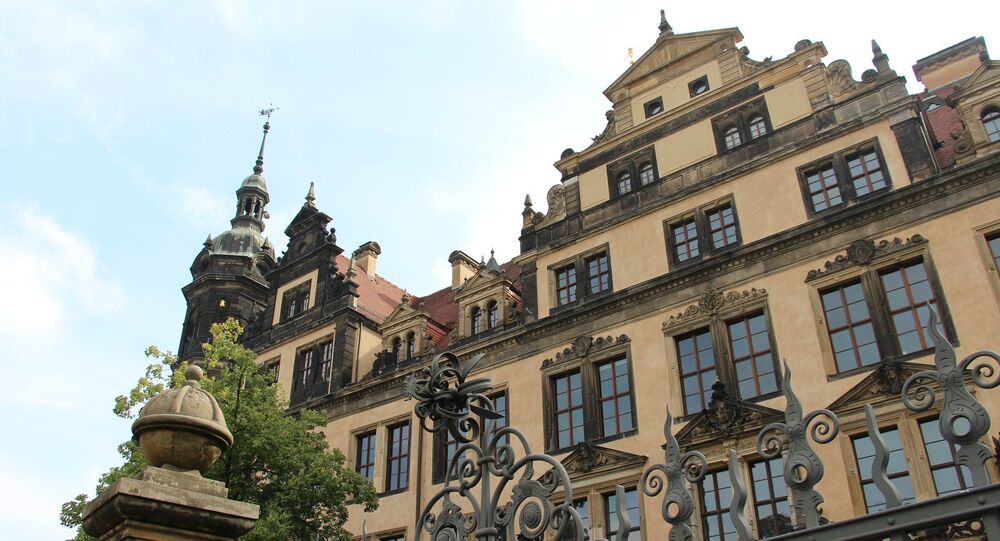 German police have arrested three suspected jewel thieves and raided 18 properties in Berlin a year after a daring heist in Dresden.

The three German nationals who were arrested are suspected of "serious gang robbery and two counts of arson.” An Audi A6 used in the heist was later set alight.

Germany's Bild newspaper claimed the raids targeted members of the Remmo clan, a gang of Arab Germans who had been implicated in another museum heist in Berlin.

At the time of the robbery the director of Dresden's state art collection, Marion Ackermann, called the jewels "priceless" but experts said the total value was around a billion euros ($1.1 billion)

CCTV footage released at that time showed one of the robbers using an axe to break into a display case.

On Tuesday, 17 November, police searched 10 apartments in Berlin and a number of garages and cars.

​More than 1,600 officers took part in Operation Epaulette, named after one of the stolen pieces.

The police said: "The measures today are focused on the search for the stolen art treasures and possible evidence, such as data storage media, clothing and tools.”

The robbers caused a power cut at the Green Vault museum in Dresden's Royal Palace on 25 November 2019 and then, with the burglar alarm not working, broke a window to gain entry.

The jewellery they took was from the collection of the August the Strong, a ruler of 18th century Saxony.

One of the items taken was a sword with a hilt encrusted with nine large and 770 smaller diamonds, and a shoulderpiece containing the 49-carat Dresden white diamond.

A reward of 500,000 euros has been offered but it is not clear if it was responsible for a tip-off which triggered Tuesday’s arrests.