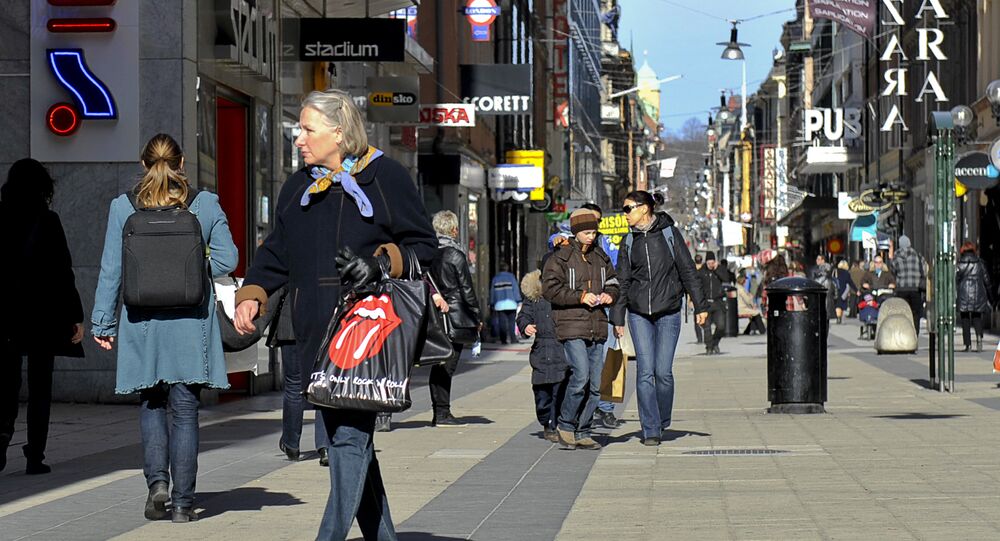 As the number of daily infections has reached its peak since the start of the epidemic, no-lockdown Sweden has moved from recommendations to explicit bans.

Amid an increasingly strained healthcare situation and the spiralling spread of the novel coronavirus, the Swedish government has decided to take action. Starting 24 November, only public events with fewer than eight participants will be allowed. This measure was presented as an attempt to stop the rapid rise in infections.

Swedish Prime Minister Stefan Löfven described it as a "very intrusive, but absolutely necessary measure" in a "time of trial", admitting that it is unparalleled in the modern era.

Löfven highlighted "great compliance" with advice and recommendations earlier this spring, which is no longer present.

"It takes more of a ban to bring down the curve of infections", Löfven said, as quoted by national broadcaster SVT.

The ban will affect public events such as demonstrations, theatre performances, and sporting events. Previously, the bar was set at 50 people. However, the ban will have no effect on private parties.

The government's ambition is to send a clear signal and create a new norm for society in general.

Swedish Interior Minister Mikael Damberg underscored that Swedish legislation doesn't allow for the closing down of public places such as gyms and shopping centres, but emphasised the normative effect of the ban. "The signal is very clear: avoid these social contexts where people gather", Damberg told SVT.

SVT correspondent Mats Knutson described the measures as "an unheard-of restriction of personal freedom" and suggested that the ban is meant to set new norms and remind the public of how serious things are.

The Church of Sweden described the restrictions as laborious and pledged to offer digital solutions for prayers, weddings, and funerals.

In recent weeks, Sweden has seen a sharp upturn in infections and hospitalisations, which has infection control experts worried. Last Friday, 5,990 new infections were reported, the largest daily increase since the pandemic broke out. Forty-two new COVID-19 deaths is the highest mortality since 4 June.

"In the course of two weeks, we can have the same situation as we had in April", Fredrik Elgh, a professor of clinical microbiology at the University of Umeå, told SVT, calling for stricter measures. "We must increase tracing of infection. Those who have fallen ill must be quarantined. So must their contacts and families, and this also applies to children", Elgh said, urging his compatriots to use masks.

Unlike many European countries where masks are obligatory, they have sparked controversy in Sweden, and mask wearers have experienced harassment, including being spat at, Norwegian broadcaster NRK reported.