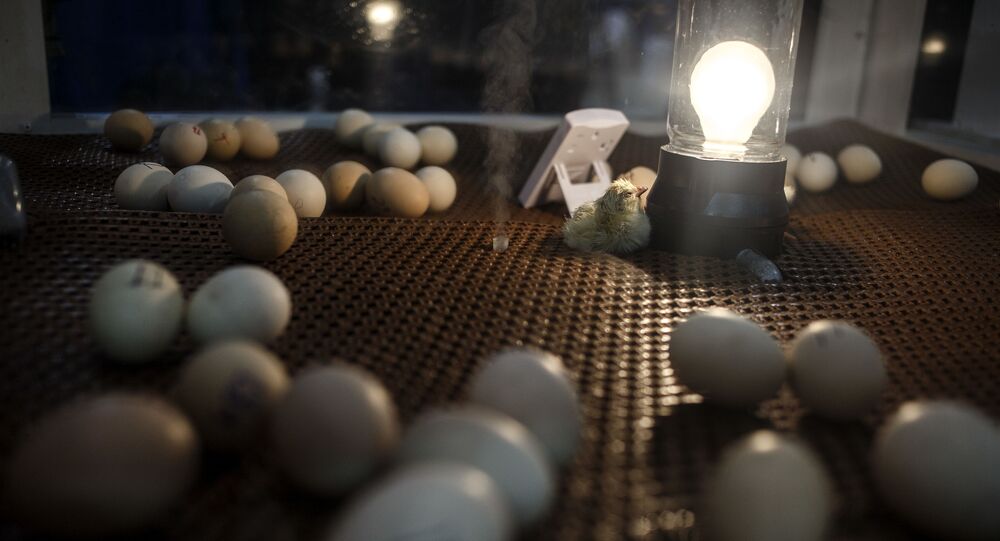 MOSCOW (Sputnik) - A bird flu outbreak has forced Danish authorities to cull some 25,000 chickens in central Jutland, according to the country’s Veterinary and Food Administration.

"Samples from the Statens Serum Institut showed on Monday afternoon that a chicken herd in Trustrup near Randers has been affected by the contagious bird flu H5N8, which has a high mortality rate among chickens," the agency said in a statement.

According to the release, all infected birds were culled and two restriction zones (3 and 10 kilometers) were created to monitor birds and poultry in the area surrounding the farm.

The H5N8 strain of avian influenza (bird flu) is currently circulating in several areas of Europe, including in Germany and France.

The French Agriculture and Food Ministry announced on Monday that a case of the highly-pathogenic avian influenza had been confirmed in Haute-Corse (Upper Corsica), at a pet department of a garden center located near Bastia.

The H5N8 bird flu strain has no reported history of infection in humans.