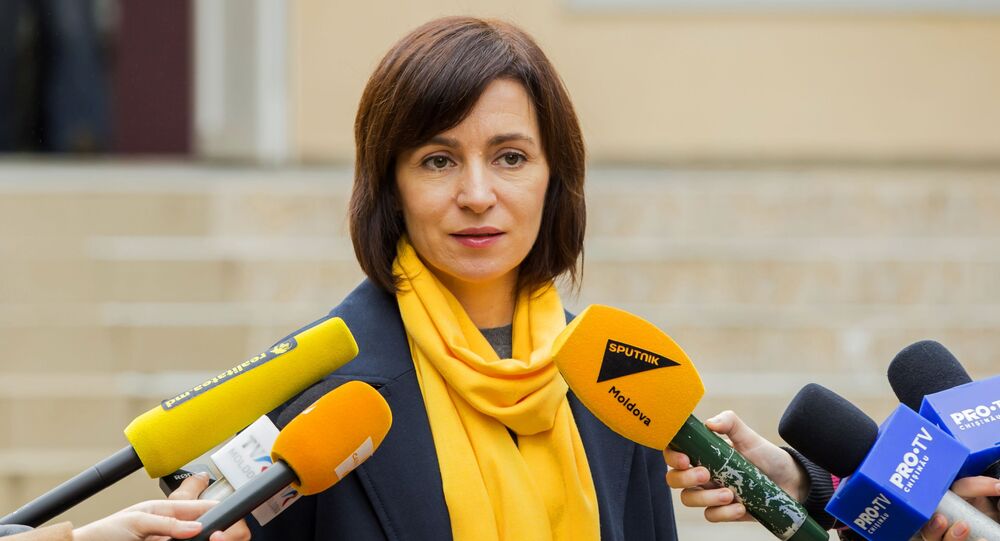 CHISINAU (Sputnik) - Maia Sandu, who appears to have won the Moldovan presidential election, pledged on Monday to maintain a balanced foreign policy with a pragmatic dialogue both with Russia and the United States.

"We will secure real balance in the foreign policy, being guided by Moldova's national interests, we will have a pragmatic dialogue with all the countries, including Romania, Ukraine, European nations, Russia and the US," Sandu said at a press conference, also pledging to "work for all the citizens of the country."

Sandu, who secured more votes in the presidential runoff in Moldova, said Monday she wanted to meet with the parliamentary factions to address key issues.

"After assuming office, I will hold a meeting with parliamentary factions to discuss key issues. We have to gather funds, I will insist on reallocating some money to help the people in need during the crisis," Sandu told a press conference.

The Central Electoral Commission (CEC) of the Republic of Moldova said after more than 97 percent of the votes had been counted that Sandu had 54.03 percent, while Moldovan incumbent President Igor Dodon had 45.97 percent.