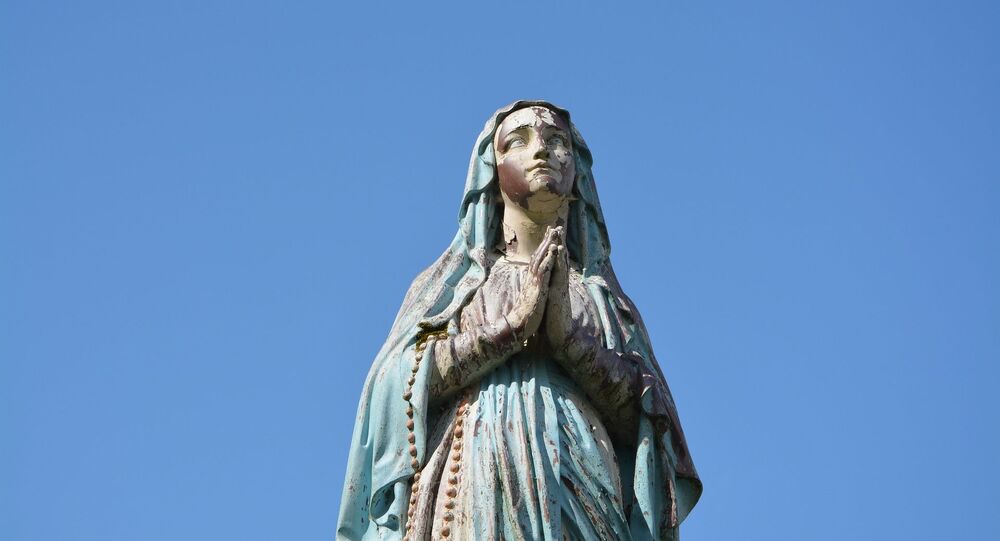 In the words of a churchgoer and active member of the community, Satanists, left-wing extremists, Islamists, or just mentally ill people could be behind the attack.

Christ the King's Catholic Church at Heden in central Gothenburg, Sweden's second-largest city, has been exposed to vandalism.

The attackers wrought havoc and left the inside of the church in complete disarray, with the chapel vandalised, hymn books strewn around, and a memorial site for the deceased destroyed. Fire extinguisher foam was also sprayed around the site.

"It was nasty. The sheer scope makes you feel some kind of shock. There are some things that indicate that there is an anger directed at us. Everything that was on the altar was thrown away", priest Tobias Unnerstål told the newspaper Aftonbladet.

In Catholic tradition, the altar is the most important place and the objects there are revered and treated with the utmost respect.

"No one but the priest touches the altar. This makes a deep impression on us believers", Unnerstål added, calling it "deeply disrespectful".

Youth leader and active church member Max Skalenius saw strangers inside the church before the attack, which he found uncommon and suspicious.

"We have had problems with Satanists and left-wing extremists, then it could also be Islamists, or someone mentally ill", Skalenius ventured to the news outlet Fria Tider.

​The attack was condemned by Archbishop Antje Jackelén of the Lutheran Church of Sweden.

"When nothing is sacred, anything can happen", she tweeted, calling the destructive act "serious".

​The police, who are investigating the case as vandalism rather than a hate crime, emphasised that the church hadn't received any threats. No arrests have been made so far, and there are no suspects in the case either.

The Catholic Church in Sweden was established by Archbishop Ansgar in Birka in 829. Displacing paganism, it became the dominant religious force in the country and remained so until the Reformation. In 1527, King Gustav Vasa broke from the Pope in Rome, and put the Swedish church under the kingdom's control. Since then, the role of the Catholic Church has been waning. It is currently estimated to have some 150,000 worshippers in a nation of over 10 million, many of them immigrants.