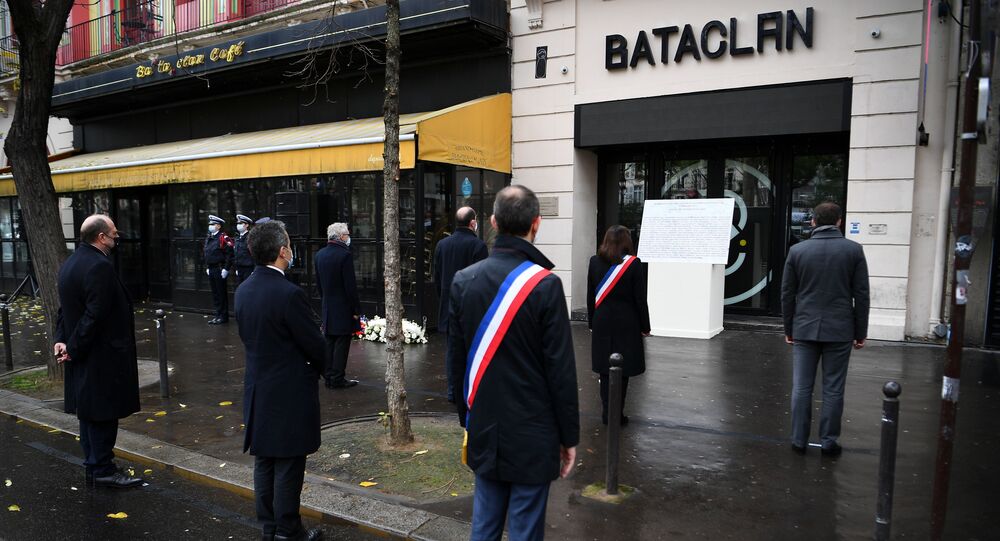 MOSCOW (Sputnik) - A series of memorial services have been held in Paris to pay tribute to victims of several Islamist terrorist attacks five years ago in the French capital, French Prime Minister Jean Castex said on Friday.

"In memory of the injured and murdered victims of the attacks of November 13, 2015," Castex wrote in a series of tweets while attending the scenes of attacks.

5 years back, a terror attack at #Bataclan and #stadedeFrance killed 130 people from 26 different countries.
Our duty is to never forget and fight everyday for our beloved freedom.#venerdi13 #Friday13th #13novembre #Paris pic.twitter.com/BbP8UaDllX

​Earlier in November, the city administration cancelled mass memorial ceremonies over the terror acts that occurred on November 13, 2015, due to the worsening epidemiological situation and other Covid-19 restrictions.

Tribute to victims of the 2015 attack at the #Bataclan concert hall, with only a handful of participants due to #COVID19. #ParisAttacks #paris #13Novembre2015 https://t.co/GlpHELKuUf

Small groups of elected officials and members of associations of victims of the attacks all participated in Friday's services.

A series of coordinated Islamist attacks, which occurred in different parts of the French capital and its northern suburb of Saint-Denis in 2015, claimed a total of 130 lives with another 400 people reportedly injured.