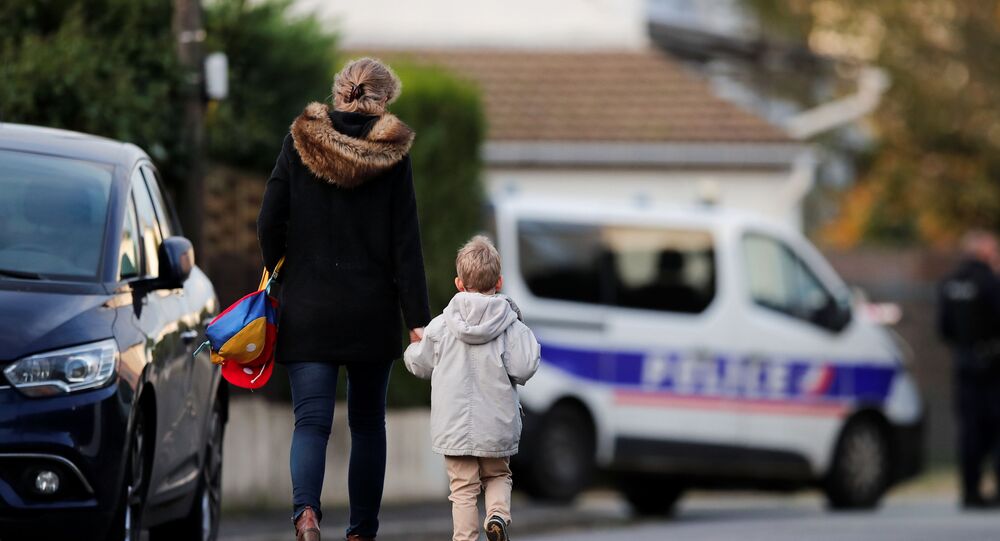 As a wave of atrocious terror attacks has shaken Europe, French President Emmanuel Macron has announced a ramp up in security measures at educational and religious establishments. Schools have now become even stricter when it comes to gate closing times, apparently prompting parents to resort to extraordinary measures.

A primary school in Avignon, France, has banned parents from “throwing” their kids through the fence when they arrive late, as the relevant sings have been put outside the school entrance, according to images shared by Mediavenir.

​The signs, which are now hanging outside the Trillade school, depict an adult literally tossing up a youngster through the gate which is said to be closing at 8:30 am. Another image advises those arriving late to come back at 10 a.m. or 3 p.m. when the doors reopen again, rather than tossing their kids like living balls.

According to the school’s head teacher, Sanaa Meziane, “parents arriving after the bell were literally throwing their kids”, The Times reported.

This would not be something she would witness regularly, the teacher said, however, the staff was now tired of “irresponsible” parents, who would resort to such an awkward and dangerous move, when missing the morning deadline.

The school eventually voiced its concern about the unsafe practice, worrying about injuries it could potentially lead to.

As the images of “throwing” notices went viral on Twitter, netizens couldn’t help but share their interpretation of exactly how this would have looked – and basketball was a good source of inspiration.