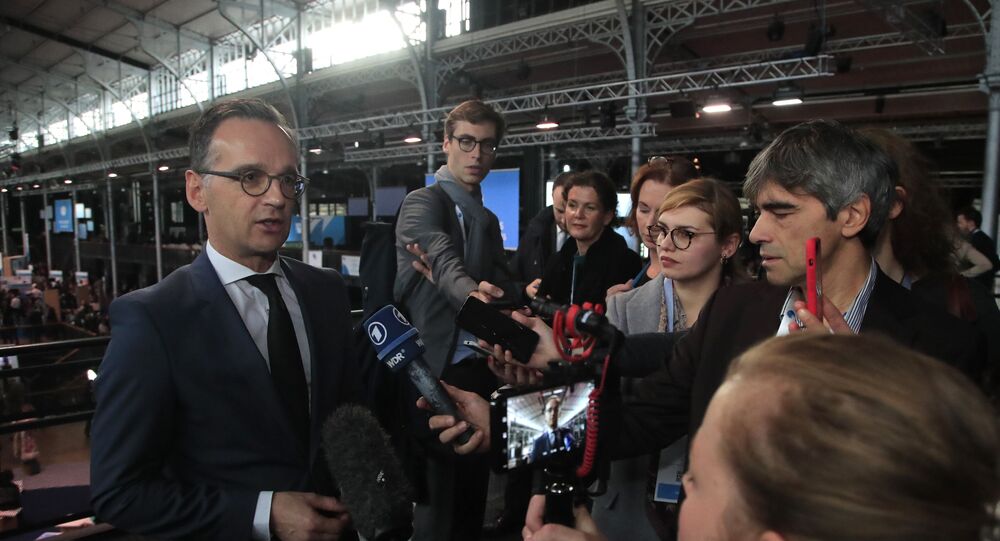 The annual two-day Paris Peace Forum kicked off in the French capital on Wednesday. This is the third time it has met and one of today's discussions is dedicated to the 30th anniversary of the Paris Charter and the prospects of security architecture in Europe.

Members of the Organisation for Security and Co-operation in Europe must be ready to promote the idea of joint security with Russia, German Foreign Minister Heiko Maas said on Thursday.

According to the minister who spoke at Paris Peace Forum, the arms control issue is currently in a deplorable state, adding that US-Russia talks on nuclear disarmament could open up prospects for European dialogue on peace and security.

"This is our chance to promote the idea of joint European security, the security that can be achieved without Russia or even against Russia," Maas said, adding that Europe had to agree on a common stance regarding Russia.

Joe Biden, who was declared winner of the US presidential election by the media, relies on power regarding Moscow, Maas said.

Biden earlier stated that he intended to prolong the New START, the only remaining arms control agreement between the US and Russia, if he wins the election.

Russian President Vladimir Putin suggested in October extending the New START treaty, which expires in 2021, for one year without any preconditions, noting that a world without any accord regulating arms would represent a full-blown threat.