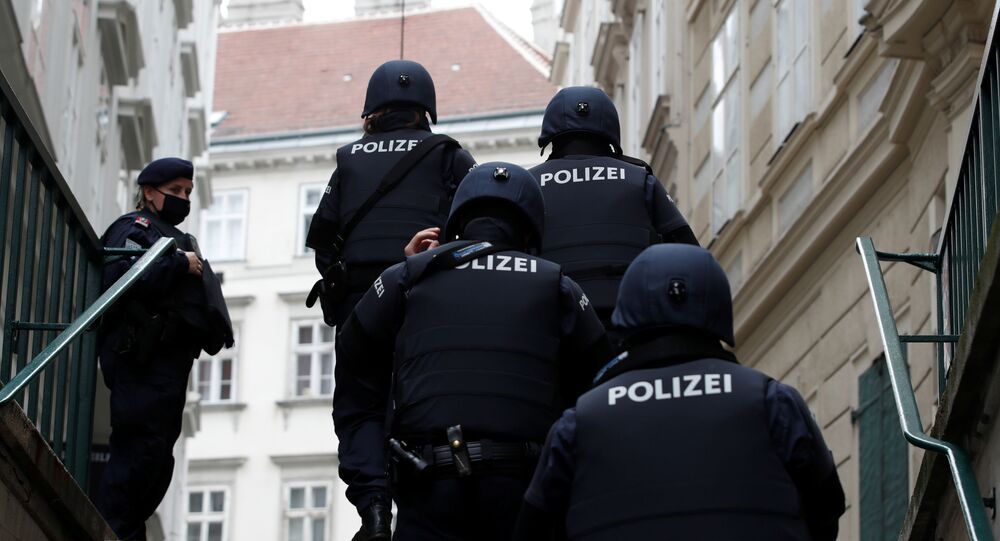 MOSCOW (Sputnik) - Austrian police on Monday conducted searches at 60 premises and detained 30 people for questioning as part of a counterterrorism operation, which has no links to a recent deadly attack in Vienna, media reported.

"We oppose this criminal, extremist and inhuman organisations with all the firmness and all the capabilities of the rule of law," Austrian Interior Minister Karl Nehammer said, as quoted by Kronen Zeitung.

According to the media outlet, police raided apartments, houses, businesses and association premises in the provinces of Styria, Carinthia, Vienna and Lower Austria. The operation targeted people suspected of belonging to or supporting the Palestinian Hamas movement, which is recognised as a terrorist organization in Austria and the Muslim Brotherhood terrorist group*, the news outlet said, citing the prosecutors' office in the southern city of Graz.

The Graz prosecutor's office said that more than 70 people are under investigation on suspicion of belonging to and supporting Hamas and the Muslim Brotherhood*.

A series of gun attacks rocked the Austrian capital on 2 November, leaving four people killed and 22 others injured. One of the attackers, a supporter of the Daesh** terror group, was shot dead by the police.

* The Muslim Brotherhood terrorist group is banned in Russia.

** Daesh (IS/ISIL/ISIS) - a terrorist organisation banned in Russia and many other countries.