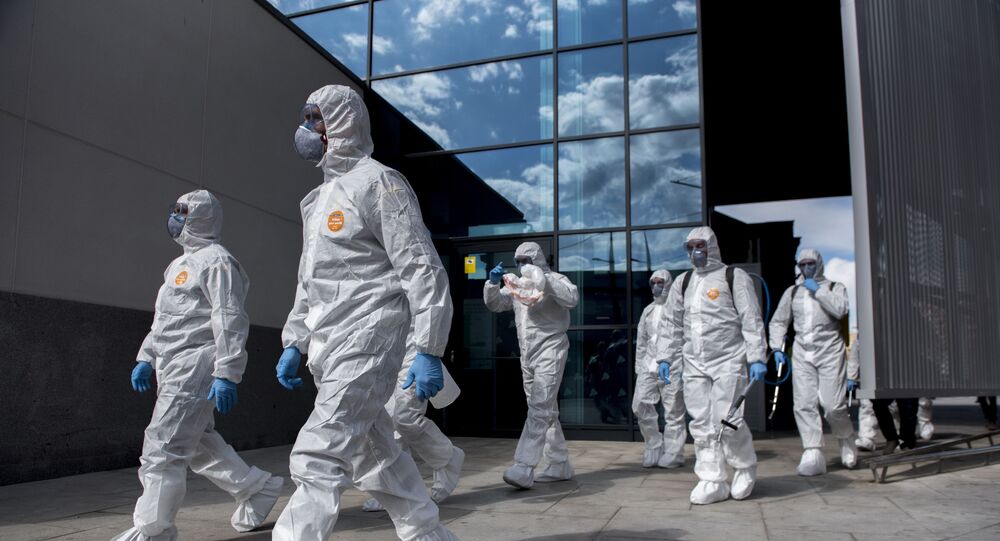 On Heightened Alert: Military Forces Across Europe Aid in Tackling COVID-19 as Virus Takes Its Toll

The growing spike in COVID-19 infections has already prompted the UK, France, and Germany to re-introduce national lockdowns, with the number of confirmed cases in Europe currently standing at 11.8 million, and 290,515 fatalities, according to the European Centre for Disease Prevention and Control.

"If you look across Europe, all of their armed forces have contributed to the national response to the coronavirus", Bricknell, who is currently a Professor in Conflict, Health and Military Medicine at King's College London and a visiting fellow at the Centre for Global Development.

The professor recalled that in summer, European nations moved to reduce their emergency response to the pandemic, but now that the situation worsens, countries "are using their armed forces […] to assist with planning response and augmenting capacity, particularly in terms of testing".

In this context, Bricknell described the armed forces as a "very valuable source of government-controlled manpower to point at large-scale problems and say 'go and solve it'" adding, "you've got a disciplined, organised force that can work out how to do it".

© AP Photo / Manu Fernandez
A woman wears a face mask as she walks in front of a closed restaurant in downtown Madrid, Spain, Saturday, March 14, 2020. Spanish Prime Minister Pedro Sanchez said his government will declare a two-week state of emergency on Saturday, giving itself extraordinary powers including the mobilization of the armed forces, to confront the COVID-19 outbreak. For some, especially older adults and people with existing health problems, it can cause more severe illness, including pneumonia.

The remarks come after developments earlier this week, when the Slovak military deployed its 6,319 soldiers to almost 5,000 testing locations across the country, while Switzerland announced that its 2,500 servicemen would help handle the increasing number of COVID-19-related hospitalisations in places where local resources had been "exhausted".

This followed the UK government revealing last week that around 2,000 military personnel would be deployed on the streets of Liverpool as of Thursday to help the authorities with the implementation of the National Health Service's Test and Trace programme.

Earlier, Prime Minister Boris Johnson said that "amid the uncertain gloom of November", he sees "light ahead" as the country's armed forces would support the government's effort to roll out "mass testing to help people understand immediately whether they are infectious and if they need to immediately self-isolate".

© Photo : Becton, Dickinson and Company
15 Minute 'Easy' COVID-19 Test Cleared for Use in Europe
Also following suit was Belgium, which said last month that about 1,500 soldiers would be deployed to back the coronavirus response if necessary, a move that was followed by similar steps by Spain, France, and Italy.

The deployment takes place against the backdrop of the increasing coronavirus death toll across Europe, which currently stands at 290,515, according to the EU's European Centre for Disease Prevention and Control. The situation prompted a spate of European countries, such as the UK, France, and Germany, to re-impose national COVID-19 lockdowns.